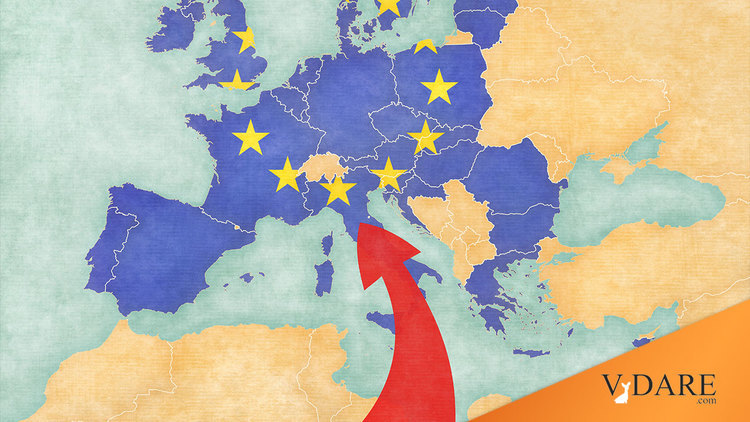 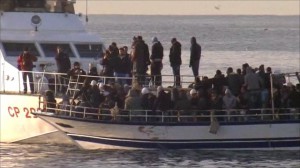 The 2011 North African migration disaster, which has made James Fulford recently recall Camp of the Saints and me admire Tunisia, is gathering steam. The BBC reports

About 1,000 North African migrants on a dozen boats have reached the Italian island of Lampedusa overnight.

Others have been sighted approaching the island, off the coast of Tunisia. Most of the migrants are said to come from Tunisia amid turmoil there and in neighbouring Libya.

Several thousands have arrived on the Sicilian island since mid-February

Meantime, the BBC separately reports Colonel Gaddafi has come up with a very persuasive argument for his survival:

"There are millions of blacks who could come to the Mediterranean to cross to France and Italy, and Libya plays a role in security in the Mediterranean," he said in an interview with the France 24 television channel.

(Or, at least, why the West has a legitimate interest in who governs the North African coast.)

Given President Obama’s inclinations and the ambitions of the Refugee Industry, this is could well become a serious matter for America.