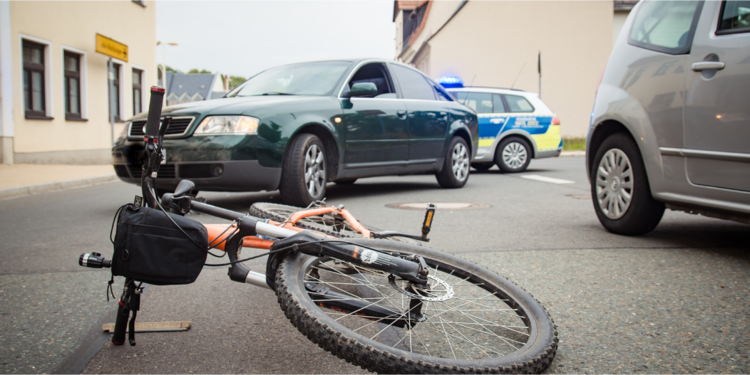 Future Class-Action Lawsuits And Apologies: Why Do Municipal Politicians Encourage People To Ride BICYCLES In Traffic?

The government has had a fair amount of effectiveness in recent years with safety campaigns against smoking and riding in a car without buckling your seatbelt. Other safety campaigns have seemingly evolved more organically, such as the backyard trampoline going out of fashion.

On the other hand, it's considered smart, cool politics for politicians to encourage bicycle riding.

Bike paths with their own right-of-way are a wonderful urban amenity. When I lived in Santa Monica three decades ago, I rode the Venice Beach bikepath a couple of times per week. I used to ride to Chicago's Loop down the lakefront bikepath most weekends during the warmer months. I didn't ride anywhere else in Chicago, however, because I'm not nuts.

Unfortunately, retrofitting bicycle lanes with right of way on top of existing street grids can be immensely expensive.

Moreover, the trend toward gentrification is even worse for safe cycling than the old trend toward suburbanization. Bicycling to school down broad Riverside Drive in leafy Sherman Oaks in the 1970s was dangerous, but, leaving aside improvements in helmets, bicycling down a 19th Century street in crowded Silver Lake in the 2010s is more so.

Yesterday evening I drove from the Arclight movie theater in Hollywood (we saw Nebraska) through Silver Lake, Mayor Garcetti's old council district, to the gentrifying arts district of Atwater Village, north of downtown, where my wife was seeing a production of Cyrano de Bergerac with friends. For various GPS-related reasons we took Franklin Blvd. through Silver Lake, which is a two-lane street barely wide enough for two cars to pass without smacking side mirrors.

Being a trendy place, Franklin in Silver Lake has lots of bike lane markers painted on the asphalt. Being a trendy place, Franklin is also lined on both sides bumper-to-bumper with parked cars so there is no actual separate space for a bike lane whatsoever. To avoid hitting oncoming or parked cars, you have to drive with the passenger seat of your car directly over the bike lane logos. Councilman Garcetti perhaps could have gotten the city to outlaw parking on Franklin to make room for cyclists, but he liked getting re-elected, so he didn't. Bicycles and parking spaces are a zero sum game, so it's more fun to act Pro-Bicycle just by painting logos of a happy cyclist right in the middle of traffic.

Since, contra Freud, most human beings lack a death wish, the number of bicyclists was fortunately tiny, perhaps 0.2% of all traffic going down Franklin Blvd. Nonethless, the two cyclists who were on Franklin caused no end of anxiety. In most places in Los Angeles, cyclists (who primarily consist of guys with too many DUIs and/or illegal aliens) just ride on the sidewalks, on the sensible grounds that pedestrians are softer objects to crash into than SUVs. But in Silver Lake, there were actually two cyclists who took all the government's bike path propaganda seriously and insisted on riding in the street.

Driving through bicycle-friendly Silver Lake is kind of like getting stuck on a busy two lane highway in Mexico behind a truck full of chickens. The only way to get past the cyclists was to slow down to their 10 miles per hour. (Whatever happened to bicyclists dashing about on aerodynamic Italian racing bikes? Compared to modern bicycles, the Singing Nun rode a speedster.) Then, when a narrow gap opened in the oncoming traffic, floor it and charge out into the oncoming lane, then slash back in to your legal half of the street without, hopefully, nipping the front tire of the cyclist. Unlike the chicken truck, however, cyclists feel free to re-pass you when you are stuck at a redlight, so then you have to do it all over again.

I found these statistics on the website of a personal injury law firm, so I won't vouch for their authenticity. Still ...

- U.S. Department of Transportation statistics show that more than 8,000 bicyclists died and 700,000 were injured in motor vehicle-related crashes in the past decade.

- More than one-third of all bicycle fatalities involve riders 5 to 20 years old, and 41 percent of nonfatal injuries occur to children under the age of 15.

- Each year, more than 500,000 people in the US are treated in emergency rooms, and more than 700 people die as a result of bicycle-related injuries.

My recollection was that cycling became immensely fashionable in Los Angeles during the "ten speed" craze of the early 1970s. It was kind of a post-hippie thing. I insisted upon biking to high school everyday, and was only flattened by a car once.

After awhile, though, people noticed that bad things sometimes happened to cyclists (for example, the head coach of the Lakers, Jack McKinney, suffered a near fatal head injury in a cycling accident during the 1979-80 championship season, and got fired). And automotive traffic continued to worsen as population density increased, so in the later 20th Century cycling became this thing that people paid lip service to, but didn't actually do, at least not to the extent they did in the 1970s.

Now, though, there is a lot of political pressure to encourage cycling, and negligible media attention on the dangers. But, this too shall pass.