French Diversity: Roma (Gypsies, That Is) Are Spotlighted in Trial For Selling Women, Children

Over in France, Muslim immigrants have been a disastrous addition to society, and have caused disturbances from weeks-long periods of “civil unrest” to burqa riots. But perpetually cranky Islamists are not the only diversity problem facing the French, who were recently polled as disapproving of the gypsies, er Roma who reside there.

A new poll published on Saturday finds a whopping 77 percent of French people agreeing with a recent statement by Socialist Interior Minister Manuel Valls, who said that Roma immigrants are inherently “different” and “will have to return to Bulgaria and Romania” . [. . .]

You know things are bad when a Socialist minister agrees that multicultural immigration has been a mistake. When Socialist François Holland won election as President in 2012, Muslim voters were a big part of the coalition and were actively courted.

In addition, French Foreign Minister Laurent Fabius has declared Romania and Bulgaria should not be allowed into the passport-free Schengen zone due to security fears about increased numbers of Roma, 20,000 of whom already park their vans outside of French cities.

Why aren’t American Socialists this sensible? 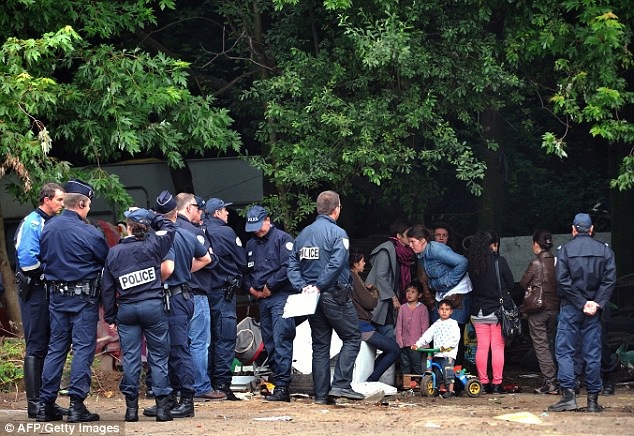 Pro-diversity sentiments will probably suffer a setback due to a current trial that shines a light on Roma cultural practices, which are objectionable and illegal. Roma apparently value skills in thievery — who knew?

Not all diversity is equal. What a surprise.

Three Croatian Roma families traded women on the strength of their stealing skills and used children like conscripts to a criminal army, a French court was told Monday.

A total of 27 people aged between 19 and 55 are charged by the court in Nancy, eastern France, with offences ranging from criminal association to people trafficking in a trial taking place against the background of a highly charged debate over the treatment of Roma migrants from eastern Europe.

Gilles Weintz, the police officer who took charge of a complex probe into the families’ activities, said they were behind more than 100 robberies carried out in 2011 alone, in France and neighbouring parts of Belgium and Germany.

Most of them were allegedly carried out by children as young as 10.

The case began on the day that France’s foreign minister Laurent Fabius declared Romania and Bulgaria should not be allowed into the passport-free Schengen zone due to security fears.

‘The burglaries were daily, all over Europe,’ Weintz said. ‘They never stopped: for the children it was like a form of military service.’

Weintz said the prosecution would also present evidence of brides being bought then renounced when they did not bring in enough money.

The evidence against the families is based on the tapped phone calls of 120 suspects which the officer said had revealed a mafia-style structure in which clan chiefs were supported by a network of subordinate captains and lieutenants, who in turn ran the children at the bottom of the pyramid.

‘Some of what we discovered was particularly shocking, like the father who asked his 12-year-old daughter to hide a stolen watch worth 80,000 euros in her rectum because he knew the police would not do body searches on minors.’

The people trafficking charges related to the alleged purchase of wives for up to 180,000 euros each.

‘The better they were at stealing, the higher the price was,’ Weintz added. ‘Young looking women also commanded higher prices because they had a better chance of passing themselves off as minors.’

The officer cited the case of a woman identified as Nathalie who had been bought but failed to live up to expectations by bringing in ‘only’ 200,000 euros over two years.

Her family was allegedly ordered to pay back 100,000 euros but the amount was finally reduced to 55,000 to take into account the sexual abuse she had suffered.

The children meanwhile were expected to bring in up to 5,000 euros per month each in the form of stolen goods that were then sold on through fences in France and Germany, helping to finance luxury lifestyles for the clan chiefs, some of whom owned upscale properties in Slavonski Brod in Croatia.

The suspected supremo of the whole operation — a 66-year-old woman — is to be tried separately from the 27 suspects on trial here.

Lawyers for the defendants contest the people trafficking charges, saying the financial transactions were part of traditional dowry arrangements.

They are expected to challenge the extent to which the prosecution case is based on evidence garnered from phone tapping.

Defence lawyers also questioned whether their clients could reasonably expect a fair trial in light of the current atmosphere of hostility towards Roma in France amid ongoing controversy over a claim by Interior Minister Manuel Valls that most of them will never assimilate into French society and should be deported.