Fraternities at Wesleyan Ordered to Go Co-Ed Because Equality 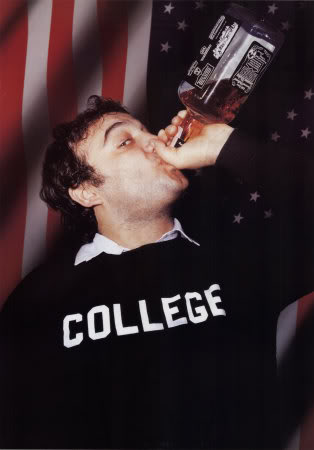 The words "inclusive," "fair," and "equitable" are just different ways of saying we can't have nice things.

Wesleyan University officials announced Monday that residential fraternities will be required to accept women and men as full members.

The policy change comes after consulting fraternity members, alumni and faculty, university spokesperson Kate Carlisle said. There are nonresidential Greek organizations, including one sorority, that will not be affected because they do not have on-campus houses.

"In the end, the decision is based on making our campus as fair, inclusive and equitable as possible, and reflects Wesleyan's tradition of progressive leadership," Carlisle said...

"Remarkably absent from the University's statement are any facts — even opinions — about why Wesleyan feels it will be better off with co-educational fraternities. How can a highly rated liberal arts institution implement a major policy change, without even describing to those affected by it, the problem that you are intending to solve?"

Wesleyan is an extreme example, and fraternities in the deep South aren't going anywhere.  But this is all part of a slow moving attempt to subvert, control, and ultimately destroy institutions and subcultures that can't fully be assimilated by the extreme multiculturalism (and frank anti-white hatred) that rules American higher education.

Freedom of association no longer exists.  Escape is no longer permissible.  You will be assimilated.

Ultimately, fraternities — especially in those places where they still command strength and economic resources — are going to have to make the decision to explicitly politicize and fight back if they wish to survive (as "try-hard" as that sounds.)  If they shrink from the conflict, they will die. The fact that it might take longer in some places doesn't change the eventual outcome.

The same can be said for the historic American nation, victimized by the exact same process on a larger scale.

Article
Our Anti-White Arrows Will Blot Out The Sun Of Your Past: NYC Council’s Black, Latino And Asian Caucus Pushes To Remove 200-year Thomas Jefferson Statue