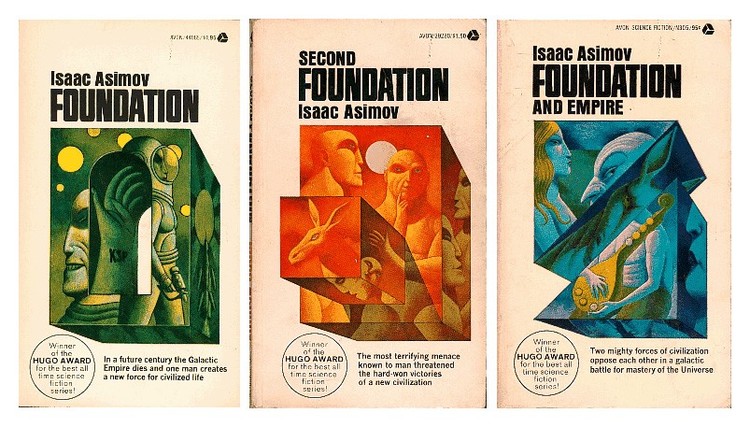 Until I started idly blogging about the long term future yesterday, I hadn't been aware of the existence of the Jewish People Policy Planning Institute. The JPPPI is an offshoot of the Jewish Agency for Israel, the famous quasi-Israeli governmental body currently headed by Natan Sharansky (author of a favorite book of George W. Bush: The Case for Democracy).

The JPPPI does some interesting Hari Seldonish long term planning work focused upon demography, the kind of analysis that is badly out of fashion in U.S. mainstream media circles. (In general, analysis coming out of Israel tends to be more interesting than what is published in America.) For example, there is the JPPPI's 2010 book 2030: Alternative Futures for the Jewish People, which does not appear to have been mentioned yet in the American mainstream media, although it has received attention in America's Jewish press.

Nations and large organizations in many places around the globe plan strategically decades ahead, but this is the first time that such a project focuses on a people and civilization. ...

When looking back in time, it seems that some of the best futurists 100 years ago were writers of science-fiction. This perception was the basis for enrolling in this effort to promote the Jewish future some of the best creative minds of the Jewish People today in a series of brainstorming meetings that began at the Wye River Conference Center in 2005-2006 and continued in Jerusalem in 2007-2008. These brainstorming exercises never exceeded groups of more than 20 participants, and included academics, writers, professionals and lay leaders known for dedicating their time to thinking and planning for a better world.

Ambassador Stuart Eizenstat has been appointed Chairman of the Board of Directors... He replaces Ambassador Dennis Ross who resigned the position last January when he was appointed to a senior position in the Obama Administration.

Ross is an interesting personage. From Wikipedia:

Dennis B. Ross (born November 26, 1948) is an American diplomat and author. He has served as the Director of Policy Planning in the State Department under President George H. W. Bush, the special Middle East coordinator under President Bill Clinton, and is currently a special adviser for the Persian Gulf and Southwest Asia (which includes Iran) to Secretary of State Hillary Clinton.

Ross was born in San Francisco and grew up in Marin County. His Jewish mother and Catholic stepfather raised him in a non-religious atmosphere.[2]... He later became religiously Jewish after the Six Day War.[2] In 2002 he co-founded the Kol Shalom synagogue in Rockville, Maryland.[2]

During President Jimmy Carter's administration, Ross worked under Deputy Assistant Secretary of Defense Paul Wolfowitz in the Pentagon. There, he co-authored a study recommending greater U.S. intervention in "the Persian Gulf Region because of our need for Persian Gulf oil and because events in the Persian Gulf affect the Arab-Israeli conflict."[4] During the Reagan administration, Ross served as director of Near East and South Asian affairs in the National Security Council and Deputy Director of the Pentagon's Office of Net Assessment (1982—84).[3]

... In the mid-1980s Ross co-founded with Martin Indyk the American Israel Public Affairs Committee (AIPAC)-sponsored Washington Institute for Near East Policy ("WINEP").[5] His first WINEP paper called for appointment of a "non-Arabist Special Middle East envoy" who would "not feel guilty about our relationship with Israel." ... He also worked with Secretary of State James Baker on convincing Arab and Israeli leaders to attend the 1991 Middle East peace conference in Madrid, Spain.

In the summer of 1993 President Bill Clinton named Ross Middle East envoy.... According to Aaron David Miller, a member of the Ross-led US negotiating team in 1999-2000, under Ross they frequently acted as "Israel's lawyer", and their policy of "no surprises" (meaning all US proposals were first reviewed by Israel), led to a lack of negotiating flexibility and independence.

Eizenstat has also been a busy boy. From Wikipedia:

He has served as the U.S. ambassador to the European Union from 1993 to 1996 and as co-chairman of the European-American Business Council (EABC).... In 2008, the Ambassador Stuart E. Eizenstat Distinguished Professorship in Jewish history and culture was endowed in Eizenstat's honor at the University of North Carolina at Chapel Hill.

Ambassador Eizenstat was also the Clinton Administration's Special Representative of the President and Secretary of State on Holocaust-Era Issues.

On the other hand, the next three people on the JPPPI's masthead are Maj. General Aharon Zeevi Farkash, "one of the world's leading experts in the field of security, military and intelligence," which I bet he is (he is a former head of the Israeli Military Intelligence Directorate); Mr. Avinoam Bar-Yosef, founding director of the JPPPI; and Ms. Ita Alcalay, formerly of the Finance Ministry.

So, the JPPPI is essentially the demographic trends R and D arm of the Israeli government, although it is traditionally headed by Washington powerbrokers in-between their White House posts.

2030: Alternative Futures for the Jewish People looks like a very interesting book. Here's an excerpt from 2030, with some interesting bits put into bold:

” Jewish demography: A negative balance of Jewish births and deaths now prevails in most Jewish communities worldwide with the prominent exception of Israel. Across the Jewish Diaspora, more frequent choosing of marriage partners from outside the Jewish community is associated with growing percentages of children not raised Jewishly. The consequent erosion of the younger generation has produced a steady process of Jewish population aging, leading in turn to higher death rates and population decrease. Further major consequences of ongoing familial and cultural changes include the blurring of Jewish identification boundaries and the growing complexities in defining the Jewish collective. In Israel, Jewish population grows naturally but the demographic balance between Jews and non-Jews produces a problematic equation critically linked to the Israeli-Palestinian conflict. The location of Jews on the world map largely reflects the ranking of countries by the Index of Human Development. Over 90% of world Jewry now lives in the top 20% of more developed countries - that is in North America, West Europe and Israel. The two major Jewish population centers in the United States and Israel now jointly comprise some 80% of world Jewry.

” Jewish hard and soft power and influence: The Jewish People has never been as powerful as now, including the military power and global standing of Israel, the soft power implied in the idea of ”The Jewish Century” [this is a reference to historian Yuri Slezkine's 2004 book that was well-reviewed in the Jewish press but largely ignored in the mainstream media] - however exaggerated - and the political and economic power and influence of the American Jewish community and, to a lesser degree, other Jewish communities. However, power has to be evaluated in terms of relative or ”net” power, which means the power of the Jewish People in comparison to the dangers, threats and challenges it faces. Outside of Israel the Jewish People faces almost no physical danger, while Israel is still subject to existential threats. Israel is still confronted by enemies determined to destroy it, and is subjected to the intense anti-Israelism of a variety of groups, including some in Western countries.

” Jewish economics: The Jewish People today is at a historical zenith of wealth creation. With the vast majority of Jews living in countries that are among the world’s wealthiest, and with the majority of those Jews belonging to middle and upper socio-economic strata in those countries (excluding Israel) the Jewish People as a whole enjoys access to wealth as never before. There is more money per capita in Jewish hands, absolutely and perhaps even relatively, than anytime in history. Within Israel, the accumulation of wealth by Jews is much more dependent on the economic and social policies of the government (or lack thereof), within general global economic and local security contexts. The expected trend for Israel is a slightly better performance than the growth rates for most developed countries, mostly due to improved policy, especially with respect to encouraging higher rates of employment participation and fighting poverty through employment. With respect to the distribution of wealth and its allocation to Jewish causes, there is insufficient data and the evidence is mostly anecdotal. It appears that outside Israel philanthropic giving directed to Jewish causes is only a very small share of overall Jewish philanthropic giving, but the increase in wealth may mean that in absolute terms there are more funds available today for Jewish causes than there has been in the past. A critical juncture will come as the current older generation of committed, involved and wealthy Jews makes estate planning decisions about the disposition of their wealth. While the recent economic crisis has had immediate and specific impacts on Jewish wealth and philanthropic giving, it has appeared to not yet substantially transform the underlying conditions and long-term trends of Jewish economics.

” Leadership: The Jewish People is facing a serious paucity of high quality leadership - spiritual, political and organizational - with no clear trend of improvement. Current leadership, both in Israel and in Jewish institutions, with few individual exceptions, appears to lack the capacity to meet the challenges facing the Jewish People and a deep understanding of changing realities and new ideas for coping with them that are able to assure, as much as possible, the long-term sustainable thriving of Jewish communities around the world and the thriving of Israel as a Jewish and democratic state, which add up synergistically to the thriving of the Jewish People as a whole. Jewish leadership positions in Israel and in other Jewish communities do not attract the best and brightest - with some notable exceptions. Efforts to attract and prepare the best and the brightest for leadership are inadequate, and despite some beginnings, including on the Jewish civic society level, the entry of younger persons into leadership positions is very slow. There is also a very pronounced lack of spiritual leaders acceptable as such by major parts of the Jewish People.