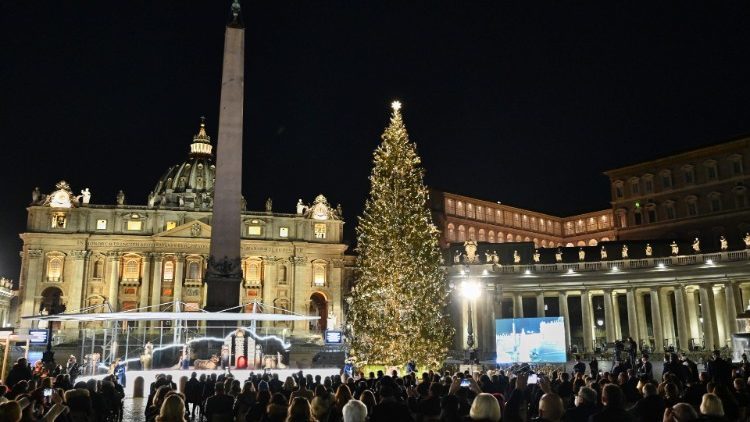 A topless feminist activist let it all hang out in St. Peter’s Square on Christmas Day, as she ripped off her shirt and tried to steal a statue of the Christ Child from a manger scene.

The brazen blonde — a member of the radical group Femen — had “God Is Woman” scrawled on her chest as she stormed the nativity scene in full view of thousands of pilgrims after Pope Francis’ Christmas message at St. Peter’s Basilica...

I once believed that FEMEN was actually funded by the Islamic State because its existence is a compelling argument for the implementation of sharia.  But instead it's just another boring, conventional "activist" group — with mysterious sources of funding.  Noting that FEMEN seems utterly obsessed with opposing Russian foreign policy, the Russian newspaper Pravda reports,

All the girls are unemployed, but they rent flats in Kiev they always have something to eat and to wear, to hold rallies and travel abroad, which is not cheap at all. Italian publication Il Foglio conducted its own investigation, which revealed that wealthy people from the U.S. and Germany fund the Ukrainian women.

"Every activist in Kiev gets about one thousand euros per month, the salary of the leaders is 2,500 euros (note that an average salary in Kiev is about 500 euros). In Europe, spending is even higher, and the girls from FEMEN receive €1,000 a day," the Italian newspaper wrote. According to Il Foglio, American media mogul Judd Sanden, who has a business in Kiev, funds FEMEN activists. There are also two wealthy individuals from Germany. Why are they doing it? What for?  [Who stands behind ridiculous FEMEN movement, Pravda, August 20, 2013]

Despite the vulgarity and overt anti-Christian bigotry, FEMEN is treated as a big joke by the Western media and its well-paid activists generally receive only a slap on the wrist.  FEMEN should be interpreted more as part of the system than any kind of opposition to it.