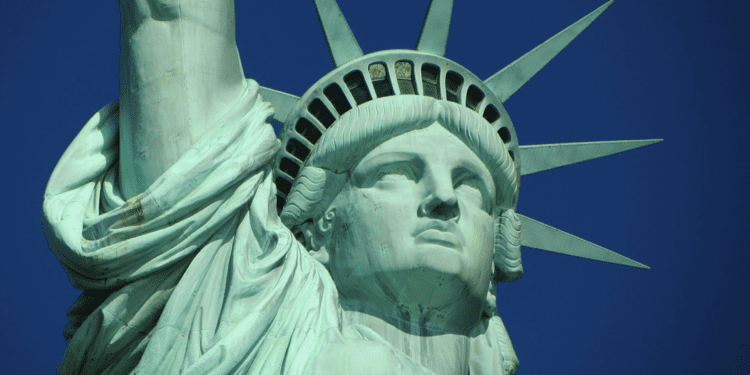 Federal Judge: The Huddled Masses Poem Isn't, Technically, the Law of the Land, But, Still, I'm Going to Rule as if It Were the Zeroth Amendment

From today’s decision by federal judge Phyllis Hamilton in San Francisco delaying the Administration’s “public charge” regulation on who can legally show up in America to discourage foreigners likely to turn out to be public charges:

In 1883, Emma Lazarus penned the now-famous sonnet, The New Colossus. Later affixed to the Statue of Liberty in New York Harbor, the poem has been incorporated into the national consciousness as a representation of the country’s promise to would-be immigrants:

Not like the brazen giant of Greek fame,
With conquering limbs astride from land to land;
Here at our sea-washed, sunset gates shall stand
A mighty woman with a torch, whose flame
Is the imprisoned lightning, and her name
Mother of Exiles. From her beacon-hand
Glows world-wide welcome; her mild eyes command
The air-bridged harbor that twin cities frame.
“Keep, ancient lands, your storied pomp!” cries she
With silent lips. “Give me your tired, your poor,
Your huddled masses yearning to breathe free,
The wretched refuse of your teeming shore.
Send these, the homeless, tempest-tost to me,
I lift my lamp beside the golden door!”

But whether one would prefer to see America’s borders opened wide and welcoming, or closed because the nation is full, laws—not poetry—govern who may enter.