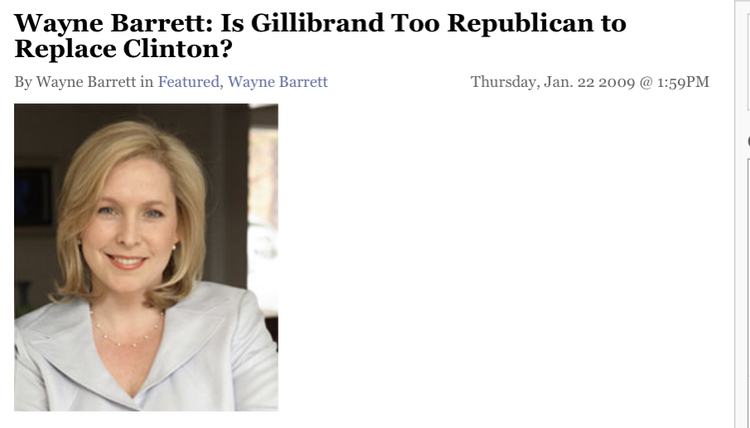 Representative Kirsten Gillibrand has been named as a replacement for Secretary Of State Designate Hillary Clinton. Gillibrand is a white woman from Upstate New York, a region populated very largely by white Americans. She has a good immigration record (a B, which is stellar for a New York Democrat) and gets along with the NRA.

That makes her the closest thing to Sarah Palin you're likely to find in a Democratic caucus. In fact, the Village Voice asks Is Gillibrand Too Republican to Replace Clinton?

"Republican," as used here by the Voice, means something like "normal."

Newsday says that her votes for enforcing immigration law are likely to prove a "flashpoint" for the left. Of course, on immigration, Newsday is the left.

It looks like the Democrats are more interested in hanging on to power long term than they are in amnesty.