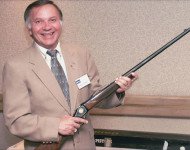 Thanks, One Old Vet, for drawing my attention to a fine column by long-time VDARE.com hero, Tom Tancredo: Obama's giant new welcome mat at U.S. border WND.com Friday, May 23, 2014

Earlier this year, the Obama administration was caught lying about its deportation numbers. Obama had been claiming that his team has deported illegal aliens in record numbers, but the truth is exactly the opposite. Obama’s Homeland Security secretary admitted to a congressional committee last month that when you count actual deportations by the same definition that has been used in the past, which excludes persons caught at the border and turned back, Obama’s deportations are at the lowest point since the 1970s.

The newspapers are filled with speculation about Obama’s plans for another executive order or Homeland Security directive expanding his administration’s sabotage of the nation’s laws on deportation of illegal aliens. Obama continues to ignore laws enacted by Congress in open defiance of the separation of powers found in the U.S. Constitution.

What is missing from the picture is the dog that not only doesn’t bark, but absolutely refuses to bark: The Republican leadership in Congress is silent.

There is no point in blaming the Obamacrat Regime for being a Minority Occupation Government determined to cement itself into permanent power by any means necessary. That is what they are.

Those who deserve condemnation are the Republican leadership. Tancredo in my view lets these miscreants off too easily

The thinking among the Republicans’ so-called congressional leadership appears to be that when it comes to immigration law enforcement, Republicans can’t criticize Obama’s unconstitutional edicts for fear of being called racists.

I have news for those folks. You will be called a racist regardless of what policies you follow because the race card is all the progressives have left.

I do not believe the primary problem here is courage. As I noted in Immigration And Administrative Amnesty: What Specter Is Haunting The GOP? the Republican leadership immediately defaulted on the promise of the 2010 election triumph, despite all that momentum.

The problem here is ADD – Adelson Dollar Disorder, not only supplied by Sheldon Adelson. The GOP Leadership is has been bought, and they are tacitly accepting the destruction of America.

Tom Tancredo, however, is almost unique amongst GOP figures in his willingness to condemn the Republican leadership at all. And he is right to say

No Republican in Congress can vote for any “amnesty compromise” and claim with a straight face that the terms of the compromise will be honored by all parties. Border fencing, background checks, fines and fees, waiting periods, “back of the line” – all such promises will be broken when Obama decides to break them.

(and the same will apply to all Democrats). That this is so is due to the Republican leadership failing to defend the Nation.