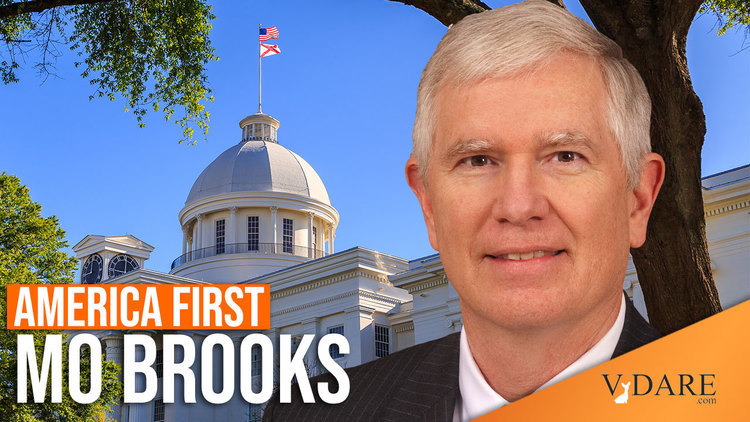 I have previously praised two other House speeches given last year by Mo Brooks:
Rep. Mo Brooks Hits Home Run On Unemployment/Immigration
and
Congressman Mo Brooks Repeats: Help American Workers By Evicting Illegals
I was beginning to wonder if the House leadership had repressed him.
At 2:50 Brooks notes that in his home county

At 3:20 he swings into a fluent denunciation of the Constitutionality of Obama’s recent Amnesty Coup D’état. This of course is the silver bullet usable even by those too scared by "Hitler's Revenge" to discuss immigration directly.
Mo Brooks as I noted yesterday is one of only four Congressmen to have signed all three of the Amnesty Blocking Bills (which, sadly, made no progress yesterday).