Arizona Senator John McCain must regard himself as the go-to guy on outreach to hispanic voters — even though his own efforts were less than stellar in 2008: 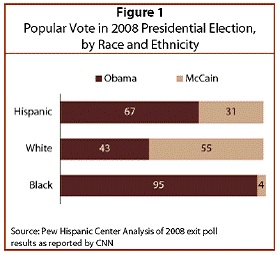 Recall that Presidential candidate (and devoted friend of illegal aliens) McCain promised on the Spanish network Univision that he would work for amnesty starting his “first day” in the White House. Yet he could only corral a measly 31 percent of the Hispanic vote in his own candidacy.

But today he is a self-appointed expert on Latino voters. Go figure.

(Interestingly, for his own re-election to the Senate in 2010, McCain cynically repositioned himself as a tough border enforcer — which worked to keep his seat.)

We learn these things thanks to the alien-friendly Fox News Latino, including the idea that open-borders extremists despise the term “self-deport” which merely means aliens relocating themselves to their nation of citizenship — empowering, one would think.

Sen. John McCain urged presumptive GOP candidate Mitt Romney to tamp down the harsh tone on immigration he adopted during the heat of the Republican primary, lest he lose Latino voters, the Daily Beast reports.

Presumptive GOP presidential candidate Mitt Romney drew attention when he said at a primary debate in January that government should make life so hard on undocumented immigrants that they “self-deport” back to their home countries–a strategy adopted by states including Arizona, Alabama and Georgia.

The slogan set off alarms for Sen. John McCain.

According to Daily Beast columnist Howard Kurtz, McCain staged an “intervention” with senator Lindsey Graham urging Romney to “tone down” his immigration rhetoric. McCain was “downright disturbed” by Romney’s comments during the Republican primary debate in Tampa, according to the report.

Romney politely listened, according to the Daily Beast, and dropped the phrase.
For McCain, Romney’s choice of words reflected a larger disconnect with Latino voters.

“He gets 24 percent of the Hispanic vote,” McCain told Howard Kurtz of the Daily Beast. “They need to do more outreach.”

The interview with Kurtz echoes similar comments McCain made in a Fox News Latino interview with Juan Williams regarding Romney’s immigration stance.

“We all know what the answer is, and what the problem is,” McCain explained. “It’s the issue of immigration. And we have to treat it in a humane fashion, and we have to understand that with any new wave of immigrants that comes to our country, whether it be Irish, or Italian, Poles, whoever it is, Hispanics in America, or Latinos, have an allegiance to the people who are coming and that are still in the country they came from.”