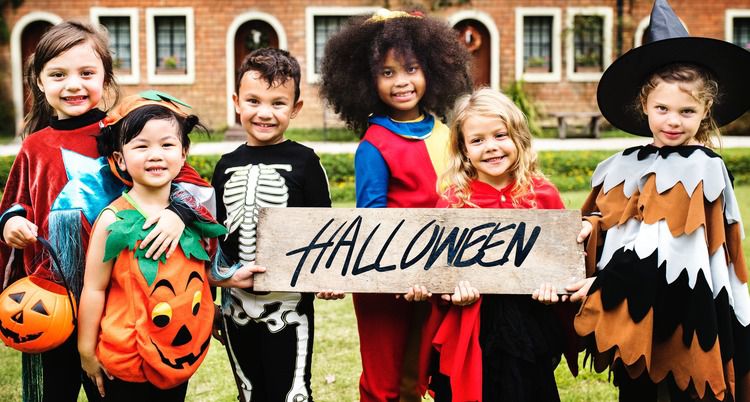 Earlier, by James Fulford: The Many Wars On Halloween

But perhaps now the tide is starting to turn against Halloween:

‘This is completely wrong’: Evanston elementary school ‘cancels’ Halloween due to equity and some parents are not happy about it

Nejra Bajric’s son, a second grader at Lincoln Elementary School in Evanston, waits until his class Halloween party to show off his best costume. This year he’s planning to be Miles Morales, the new Spider-Man, and has a whole head-to-toe ensemble.

His best friends at school won’t see him shoot webs from his wrists though, since Lincoln, along with other Evanston elementary schools, has decided to end — or cancel, as some parents have called it — Halloween traditions during the school day: no party, no costumes, no candy. …

The heart behind the decision, according to a statement from Michelle Cooney, Lincoln’s school principal, was to honor the school’s value of equity and to be inclusive of all students within the community, particularly those who do not celebrate the holiday.

“As part of our school and district-wide commitment to equity, we are focused on building community and creating inclusive, welcoming environments for all,” said Cooney in a statement via e-mail. “While we recognize that Halloween is a fun tradition for many families, it is not a holiday that is celebrated by all members of our school community and for various reasons. There are also inequities in how we have traditionally observed the holiday as part of our school day. Our goal at Lincoln is to provide space and opportunities for all students to be part of the community — not to create an environment that may feel exclusive or unwelcoming to any child.”

The article never explains which Designated Victim Groups are the killjoys. But you can see the Logic of Minoritarianism at work: The more children want to celebrate Halloween and the fewer children who don’t, the bigger the veto given to the minority.

The mom goes on in defense of Halloween:

Bajric said she and her husband “feel strongly” about the decision and the reasoning.

“Halloween is a cultural American holiday, and it’s being canceled because of religious groups,” she said. “We’re a Bosnia and Muslim immigrant and refugee family. Halloween, when we moved (to Chicago) from a different country, was one of the greatest things.”

Bajric, who came to Chicago from Bosnia in 1995 with her family, went to a Chicago public school for elementary school, and for her, Halloween was “a way to assimilate,” she said. Her parents worked two jobs, sometimes gone from 8 a.m. to 10 p.m., she recalled, and celebrating Halloween at school was often the only taste she got of the holiday.

“I didn’t get to celebrate the other holidays,” said Bajric, who remembers Halloween at school being “the best day ever” for her. “Halloween was my way of being like the other kids. Other students from other countries (at Lincoln), they get to feel like the other kids and participate in a cultural holiday.”

I’m starting to sense that white Muslims from the Balkans, like the guy in St. Louis who got hammered to death by Youth of Color shoulting “Kill the white people” in a post-Ferguson wilding, aren’t really on-board with Wokeness.