When a man is arrested with pistols and a Koran in Muslim terror target EuroDisney, not far from Paris, where there was a massacre in November, Reuters gives us this unusually "helpful" note about his national origin:

A police source said the 28-year-old man of European origin had been carrying the two guns, including an automatic handgun, concealed in a bag that also contained a copy of the Koran religious text.

A woman who had been accompanying the man was also arrested, the source said.

France remains in a state of emergency since Islamist gunmen and suicide bombers killed 130 people in a series of jihadist attacks in and near Paris in November....

The man was unknown to police prior to the incident and his bag set off a security alarm as he went through a metal detector at the park’s New York Hotel, the police source said.[More] 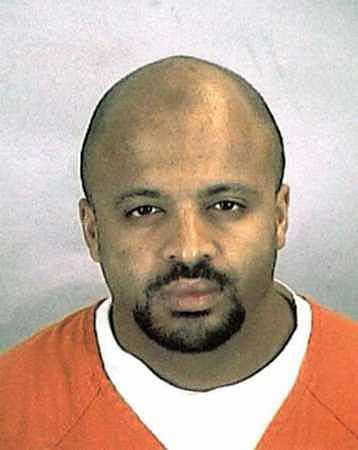 Of course, the words "of European origin" don't necessarily mean that he's not a Muslim Arab—Muslim Arabs have been living in France for many years, so they can now be called "homegrown" terrorists.

Zacarias Moussaoui (right) the "twentieth hijacker", is frequently referred to in the press as a Frenchman because he was born in St Jean de Luz, France.