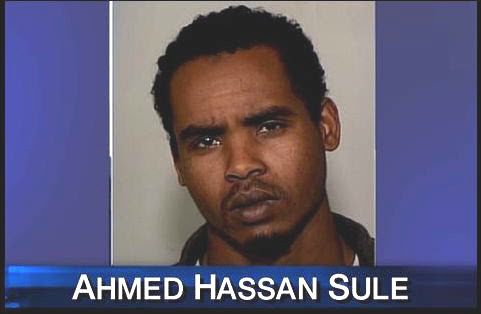 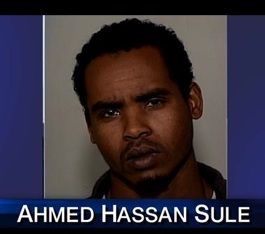 Minnesota is afflicted with more East-African diversity than any place should have. A recent example was the sentencing of an Ethiopian refugee who sexually assaulted an 84-year-old legally blind man who was weak from cancer treatment. Ahmed Sule got nearly 29 years in prison, a tough sentence according to standard guidelines.

Sule’s lawyer said she had hoped the judge would cut the perp some slack in prison time because he grew up in Ethiopia which was in a state of conflict, so he was psychologically damaged.

Here’s a better idea, specifically for Washington: stop importing refugees from war zones who are likely to bring a suitcase full of psychological problems. To worsen the situation, the feds expect overwhelmed local schools and agencies to pick up the pieces of hostile, deranged foreigners who need a lot of expensive mental-health assistance to cope. Immigration is difficult enough for normal people, but the stresses of adjustment can push troubled foreigners over the edge, which can manifest in alcoholism, drug abuse and violence.

One example is the Lost Boys, whose trek across war-torn Sudan was lauded as a heroic story in the New York Times and other diversity boosters. But welcoming the boys as refugees has not worked out so well. An estimated 80 to 90 percent of Lost Boys suffer from post-traumatic stress disorder, or PTSD, according to a 2008 report (Stress issues still plague ‘Lost Boys’ of Sudan, Arizona Republic).

Ahmed Sule was sentenced to nearly 30 years in prison Friday for sexually assaulting a legally blind elderly man in the victim’s Fridley home last year.
Anoka County Judge Tammi Fredrickson handed down the decision after the victim’s daughter told the courtroom how Sule’s actions last September had affected her father and their family.

Prosecutor Wade Kish could not be reached for comment.

The victim, who was 84 at the time of the attack, was suffering from cancer when Sule broke into his home. Sule, 24, repeatedly told the man he loved him and wanted to kiss him before sexually assaulting him. The elderly man tried to fight off Sule but was weak from radiation and chemotherapy.

The man has since died. (The Pioneer Press typically does not name victims of sexual abuse.)

Those factors led to an aggravated sentence for Sule. State guidelines typically allot 12 to 19 years in prison for similar crimes, which is what the defense had requested, Brisbois said.

“This is a very long sentence,” she said.

Brisbois had been hoping the judge would take into account Sule’s background. The refugee from Ethiopia grew up in a constant state of conflict in his native country, Brisbois said.

Sule also spoke at the hearing.

“He maintained it was not him, and that at some point, God will show everybody who it was,” Brisbois said, adding that she has all along questioned Sule’s competency.

Sule was sentenced Friday to 346 months in prison on one count of first-degree criminal sexual assault and 57 months for first-degree burglary, to be served concurrently.

He will be deported after his prison term.