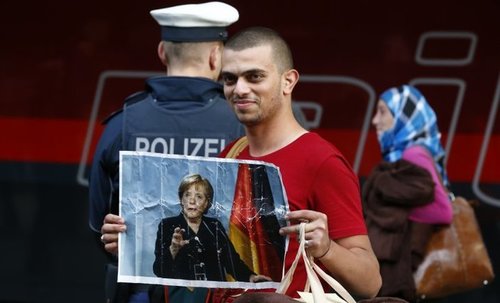 This is the opening to the late Tory MP Enoch Powell’s 1968 speech endorsing immigration restriction:

One is that by the very order of things such evils are not demonstrable until they have occurred: at each stage in their onset there is room for doubt and for dispute whether they be real or imaginary. By the same token, they attract little attention in comparison with current troubles, which are both indisputable and pressing: whence the besetting temptation of all politics to concern itself with the immediate present at the expense of the future.

Above all, people are disposed to mistake predicting troubles for causing troubles and even for desiring troubles: “If only,” they love to think, “if only people wouldn’t talk about it, it probably wouldn’t happen.”

Perhaps this habit goes back to the primitive belief that the word and the thing, the name and the object, are identical.

At all events, the discussion of future grave but, with effort now, avoidable evils is the most unpopular and at the same time the most necessary occupation for the politician. Those who knowingly shirk it deserve, and not infrequently receive, the curses of those who come after.