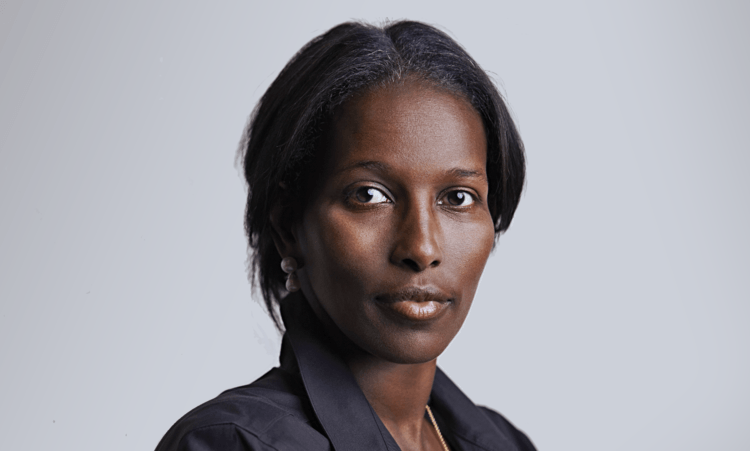 The Netherlands' most famous Member of Parliament, the fearless Ayaan Hirsi Ali, has been doing something of a book tour in the eastern United States, speaking in Philadelphia, New York and at Harvard so far. Her new book The Caged Virgin

is a collection of her essays discussing Islam and its threat to the freedoms of the west, particularly the religion's Koran-sanctioned cruelty to women.

The one-time Somali refugee, who fled to Holland to escape an arranged marriage, has proved to be an uncomfortable presence in her adopted country says writer Christopher Hitchens, since some Dutch still cling to the failed ideology of multiculturalism [ The Caged Virgin: Holland's shameful treatment of Ayaan Hirsi Ali].

But here is the grave and sad news. After being forced into hiding by fascist killers, Ayaan Hirsi Ali found that the Dutch government and people were slightly embarrassed to have such a prominent "Third World" spokeswoman in their midst. She was first kept as a virtual prisoner, which made it almost impossible for her to do her job as an elected representative. [...] This is not the only example that I know of a supposedly liberal society collaborating in its own destruction, but I hope at least that it will shame us all into making The Caged Virgin a best seller.

Similarly, New York literary liberals found it discomforting to hear the forthright enunciation of western values by an African woman, according to An Enlightenment Fundamentalist. Ayaan's refusal to conform to the victim script apparently annoyed the self-important writerly types at the PEN Center, as did her scathing critcism of Islam — so un-multicultural.

(Listen to her PEN talk with Philip Gourevitch, where she angrily denounces the "liberal betrayal" of western values by excusing Islam's failure regarding basic human rights. It's from this page which includes photos of the event.)

As we used to say back in Texas, "You don't miss your water till the well runs dry." So it is with our western values under assault by inappropriate immigration — Mexican as well as Muslim. Nice that Ayaan is around to remind us of the importance of free speech, religious liberty and the rights of the individual.