Egyptian Mummy DNA Scanned—Not Out Of Africa, After All

The tombs of ancient Egypt have yielded golden collars and ivory bracelets, but another treasure — human DNA — has proved elusive. Now, scientists have captured sweeping genomic information from Egyptian mummies. It reveals that mummies were closely related to ancient Middle Easterners, hinting that northern Africans might have different genetic roots from people south of the Sahara desert.

The study, published on 30 May in Nature Communications1, includes data from 90 mummies buried between 1380 bc, during Egypt’s New Kingdom, and ad 425, in the Roman era. The findings show that the mummies’ closest kin were ancient farmers from a region that includes present-day Israel and Jordan. Modern Egyptians, by contrast, have inherited more of their DNA from central Africans. …

Both types of genomic material showed that ancient Egyptians shared little DNA with modern sub-Saharan Africans. Instead, their closest relatives were people living during the Neolithic and Bronze ages in an area known as the Levant. Strikingly, the mummies were more closely related to ancient Europeans and Anatolians than to modern Egyptians.

The researchers say that there was probably a pulse of sub-Saharan African DNA into Egypt roughly 700 years ago. The mixing of ancient Egyptians and Africans from further south means that modern Egyptians can trace 8% more of their ancestry to sub-Saharan Africans than can the mummies from Abusir el-Meleq.

This doesn’t mean, however, that the ancient Egyptians had no Sub-Saharan ancestry, just less than modern Egyptians:

Absolute estimates of African ancestry using these two methods in the three ancient individuals range from 6 to 15%, and in the modern samples from 14 to 21% depending on method and choice of reference populations

We can see from the Fayoum Portraits from Roman-ruled Egypt that some Egyptians 2000 years ago would be considered black in modern America, just the way Anwar Sadat was played by Lou Gossett Jr. in a TV movie biopic. 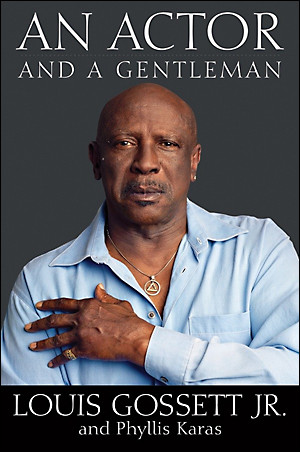 By comparing ancient individuals from Abusir el-Meleq with modern Egyptian reference populations, we found an influx of sub-Saharan African ancestry after the Roman Period, which corroborates the findings by Henn and colleagues. Further investigation would be needed to link this influx to particular historic processes. Possible causal factors include increased mobility down the Nile and increased long-distance commerce between sub-Saharan Africa and Egypt. Trans-Saharan slave trade may have been particularly important as it moved between 6 and 7 million sub-Saharan slaves to Northern Africa over a span of some 1,250 years, reaching its high point in the nineteenth century. However, we note that all our genetic data were obtained from a single site in Middle Egypt and may not be representative for all of ancient Egypt. It is possible that populations in the south of Egypt were more closely related to those of Nubia and had a higher sub-Saharan genetic component, in which case the argument for an influx of sub-Saharan ancestries after the Roman Period might only be partially valid and have to be nuanced. Throughout Pharaonic history there was intense interaction between Egypt and Nubia, ranging from trade to conquest and colonialism, and there is compelling evidence for ethnic complexity within households with Egyptian men marrying Nubian women and vice versa.

Still, perhaps the biggest surprising discovery of the genomic age of archaeology is that the Sahara provided such an important division of the human race into two main groups: Sub-Saharan and Non-Sub-Saharan.