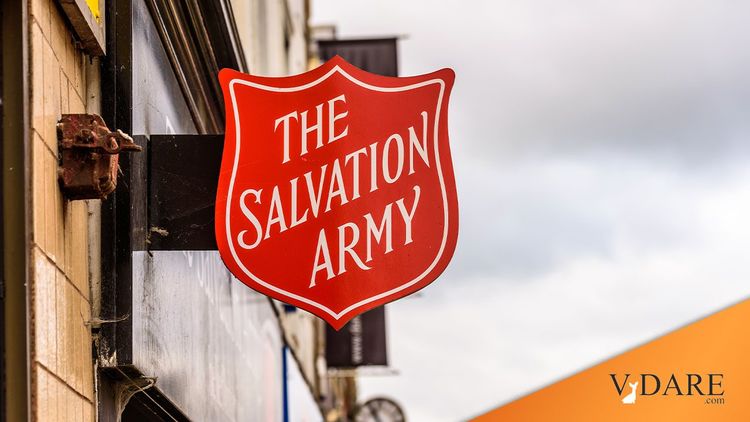 The Equal Employment Opportunity Commission is redoubling its efforts against English-at-work requirements, targeting once again, of all institutions, the Salvation Army.

This one's a slow pitch for immigration reformers, and common-sense Americans won't have trouble figuring out the problem here.

Meanwhile, I'm reminded of things like radio host Terry Anderson's quip that black teenagers in LA can't land fast-food jobs because they don't speak Spanish like the rest of the kitchen.

Wouldn't the same cause of action apply? If my "national origin," American, means I speak English, aren't I being discriminated against if I can't work at the Chinese food joint where everyone speaks Chinese? Funny, I'm not aware of the EEOC tucking into a case like this. And outside the employment context, how about business accommodations?

We never cease to be reminded of the segregated lunch counters of the South, now illegal.

But what about when I try asking for directions at the gas station in New Jersey where none of the turban-wearing attendants speak a word of English? Aren't I essentially being refused service on national-origins grounds? Patriotic plaintiffs' attorneys out there, sharpen your pencils. You could be making some big bucks off the immigration invasion.