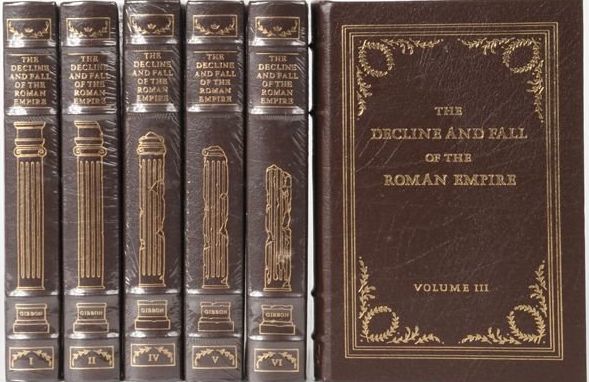 Edward Gibbon on the Dangers of Guest Worker Programs.

From The Decline and Fall of the Roman Empire, Chapter XIII, Part 2

"The conduct which the emperor Probus had adopted in the disposal of the vanquished was imitated by Diocletian and his associates. The captive barbarians, exchanging death for slavery, were distributed among the provincials and assigned to those districts (in Gaul the territories of Amiens, Beauvais, Cambray, Treves, Langres, and Troyes are particularly specified) which had been depopulated by the calamities of war. They were usefully employed as shepherds and husbandmen but were denied the exercise of arms, except when it was found expedient to enroll them in the military service.

”Nor did the emperors refuse the property of lands with a less servile tenure to such of the barbarians as solicited the protection of Rome. They granted a settlement to several colonies of the Carpi, the Basternae, and the Sarmatians, and by a dangerous indulgence permitted them in some measure to retain their national manners and independence.

“Among the provincials it was a subject of flattering exaltation that the barbarian, so lately an object of terror, now cultivated their lands, drove their cattle to the neighboring fair, and contributed to his labor to the public plenty.

“They congratulated their masters on the powerful accession of subjects and soldiers; but they forgot to observe that secret enemies, insolent from favor or desperate from oppression, were introduced into the heart of the empire."