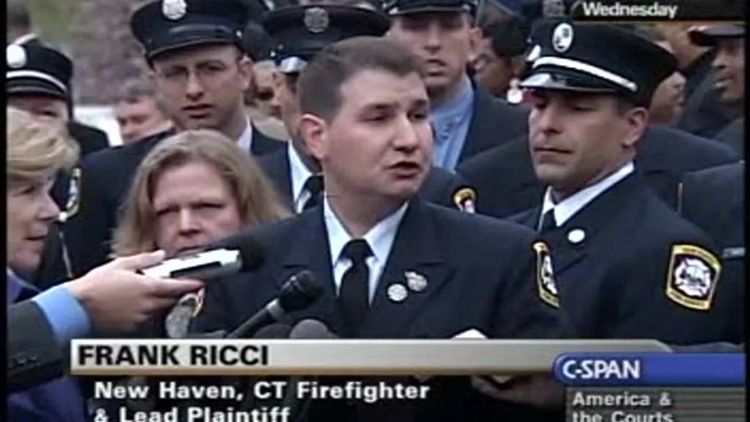 Prominent man of letters Walter Kirn writes an essay in the New York Times Magazine "Life, Liberty and the Pursuit of Aptitude," in which he explains (to the extent that "explain" can be used to characterize his effort):

1. He wants you to know that he got very high SAT scores, which helped get him into Princeton

2. But he's not all stuck up over it; in fact, he says he's really not that smart

3. Women of Color worked much harder at Princeton than he did

4. So, Sonia Sotomayor was right about Ricci

5. Now that he's long graduated from Princeton, he sort of thinks that his place should have been given to "another Sotomayor."

6. Walter Kirn, a frequent contributor, is the author, most recently, of ”Lost in the Meritocracy: The Undereducation of an Overachiever.”

It's always fun to learn about people on Wikipedia. One thing you learn is that it's easier to theoretically give up in the name of diversity privileges you got in the past than to give up in actuality privileges you are getting in the present. Wikipedia reports that Kirn has two academic jobs that no doubt he could have foresworn so that "another Sotomayor" could have had them instead of him, but, for some reason, he didn't:

Kirn, who has published seven books (two of them have been filmed), appears to have had something going for himself besides just his SAT scores:

Kirn married Maggie McGuane, a model and the daughter of actress Margot Kidder and novelist Thomas McGuane, in 1995. Kirn was 32 at the time; McGuane was 19.

Margot Kidder, who played Lois Lane in the original "Superman," was one of the great beauties of the 1970s. She was married from 1975 to 1976 to the then-promising novelist Thomas McGuane during his "Captain Berserko" phase as a Hollywood screenwriter and director (92 in the Shade). Glamorous in-laws, but perhaps not the most stable ones: Kirn's ex-wife writes in the current Vogue:

Nor did I have role models of frugality to draw on: My mother, who raised me with both an excess of funds and socialist-leaning ideals [one of her mother's boyfriends was Pierre Trudeau], likes to joke that she considers wealth the way most view bacterial infections–to be gotten rid of, before it has a chance to grow.

Mr. [Jay Bright Lights Big City] McInerney was standing with Maggie McGuane, the daughter of acclaimed writer and legendary partier Thomas McGuane. ... Mr. McGuane’s daughter said her father considered his drinking days ”invisible–never happened.” She used to be married to the writer Walter Kirn. ”He used to be a big drinker, but now he’s a teetotaler, too,” said Ms. McGuane, who resides in Montana and works as a journalist. ”If I had any message, it would be ”Beware of the teetotaler.’ Because they’re absolutists, and they can be a little dangerous.”

It turns out that Kirn might be a little personally biased about the Ricci white firefighter case, since, judging by Jezebel's brusque summary of Maggie McGuane's 2007 article in Vogue about how her boyfriend's son is enlisting in the military, his ex-wife may have cuckolded him with a white firefighter:

The things you learn when you divorce your raging a****** literati husband to marry a firefighter! The story goes on to talk about how sometimes we forget that there are actually white people in the military with moms who take yoga and everything, and that firefighters don't necessarily think it's a stupid idea for their sons to enlist in the army which can be a BIG turn-off if you are a wealthy writerly type who is married to one. (Quote: "Our once fiery romance grew closer in temperature to Haagen-Dazs.") But then when Maggie's brawny new fireman husband watches his son go to Kentucky and thinks about maybe what it would be like if he replaced "Kentucky" with "Ramadi" he too realizes Operation Iraqi Freedom was a bad idea, just like she was telling him all along, and even starts to attend peace protests, so it's really okay that rich people don't have to shoulder as much of the burden as poor people because if poor people didn't lose so many lives in wars they wouldn't realize how f*****-up American foreign policy is, which rich people know about just by reading erudite publications such as Vogue.