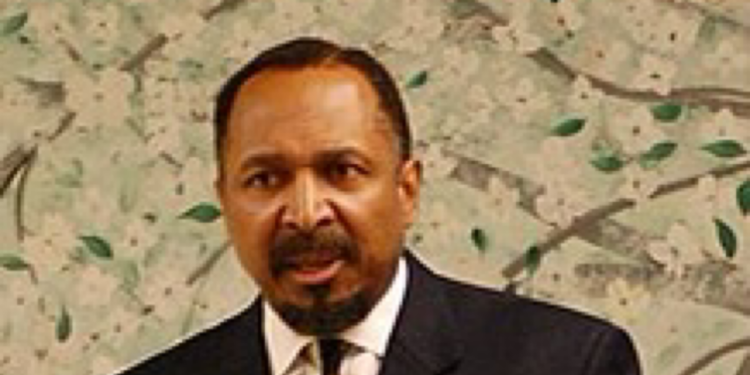 When I saw this on Tweet on my iPhone, I had to click through to get the name and picture of the Republican Candidate who was being called a "crazypants preacher", so I expected normal Christian-bashing. It's actually racism.

The Virginia GOP has outdone itself. Deeeelicious dissection of crazypants preacher by @daveweigel slate.com/articles/news_… via @slate
— Laura Helmuth (@laurahelmuth) May 21, 2013

What I see when I click through is slightly different than what I see in the embed above:

How can Virginia’s GOP choose someone as crazy as E.W. Jackson to be lieutenant governor? 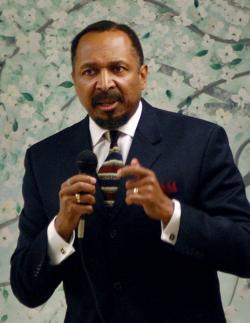 Well, I can answer that, based on the picture: it's the "soft bigotry of low expectations", otherwise known as "affirmative action."  E.W. Jackson is black, and the GOP is desperate for black candidates, even though their base is all white.

Therefore, anything that would be a liability in the eyes of GOP managers—broadly, traditional Christianity, including belief in God and the Devil, and condemnation of homosexuality—is likely to be ignored in the case of black candidates.(For speed in blogging I'm not even going to ask what it is that makes Bishop Jackson crazy—I don't care, it's the double standard that I'm talking about here.)

People unlikely to be called a "crazypants preacher" by Weigel fans:

All of these men have weird beliefs and preaching styles. I'm not talking about their personal lives, political beliefs or financial affairs here—I'm talking about their Christian preaching. That's because they're all black preachers. I assume that Bishop Jackson's problem is that he is a black preacher, too.
Because he's black, he's given a pass by the GOP committees. Because he's Republican, he's a legitimate target for Slate.