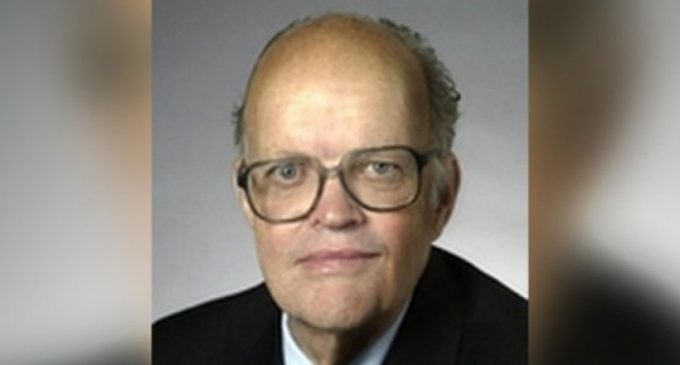 Duke U: Who Needs Academic Freedom Anymore Now That You Have POWER?

A Duke University professor has reportedly been placed on leave after posting racist comments online that included talk of “the blacks” and “the Asians.” Jerry Hough commented on a New York Times editorial titled “How Racism Doomed Baltimore” with a six-paragraph screed that seemed to suggest Asian Americans don’t riot because “they didn’t feel sorry for themselves, but worked doubly hard.” He also appeared to make a link between the Baltimore riots and a contention that “every black has a strange new name that symbolizes their lack of desire for integration” compared to “every Asian student [who] has a very simple old American first name.”

Hough told both the local ABC and Fox affiliates that he was on leave after his comments, in which he identified himself as a Duke professor, raised uproar on campus. In emailed statements, the political science professor defended his comments, saying “Martin Luther King was my hero” and insisting he is “strongly against the toleration of racial discrimination.” The key question, though, according to Hough, “is whether my comments were largely accurate. In writing me, no one has said I was wrong, just racist.”

This editorial is what is wrong. The Democrats are an alliance of Westchester and Harlem, of Montgomery County and intercity Baltimore. Westchester and Montgomery get a Citigroup asset stimulus policy that triples the market. The blacks get a decline in wages after inflation.

But the blacks get symbolic recognition in an utterly incompetent mayor who handled this so badly from beginning to end that her resignation would be demanded if she were white. The blacks get awful editorials like this that tell them to feel sorry for themselves.

In 1965 the Asians were discriminated against as least as badly as blacks. That was reflected in the word “colored.” The racism against what even Eleanor Roosevelt called the yellow races was at least as bad.

So where are the editorials that say racism doomed the Asian-Americans. They didn’t feel sorry for themselves, but worked doubly hard.

I am a professor at Duke University. Every Asian student has a very simple old American first name that symbolizes their desire for integration. Virtually every black has a strange new name that symbolizes their lack of desire for integration. The amount of Asian-white dating is enormous and so surely will be the intermarriage. Black-white dating is almost non-existent because of the ostracism by blacks of anyone who dates a white.

It was appropriate that a Chinese design won the competition for the Martin Luther King state. King helped them overcome. The blacks followed Malcolm X.

Who is Jerry Hough and why is he allowed to make skeptical comments upon New York Times editorials? From Wikipedia:

Jerry Fincher Hough (born 1935 [1]) is the James B. Duke Professor of Political Science at Duke University. Hough has taught at Duke since 1973; he previously taught at the University of Toronto and at the University of Illinois at Urbana-Champaign, and he has served as a senior fellow at The Brookings Institution. Hough received his A.B., A.M. and PhD from Harvard University.

Hough’s research has focused on domestic American politics, the Soviet Union, the democratization of Russia and American efforts at nation-building.

Hough is the author or co-author of 13 books on Eastern Europe and one on American politics. As a liberal opponent of Reaganism, he was always wrong about the Soviet Union, but he never got in trouble for that. Greg Cochran can remember one article in the New York Review of Books shortly after the collapse of the Soviet Union making fun of Hough’s long track record of wrongness, but nobody got in career trouble over that.

Obviously, when concepts like freedom of expression, academic freedom, and tenure were being dreamed up, they were never meant to apply to distinguished scholars dissenting from New York Times editorials.