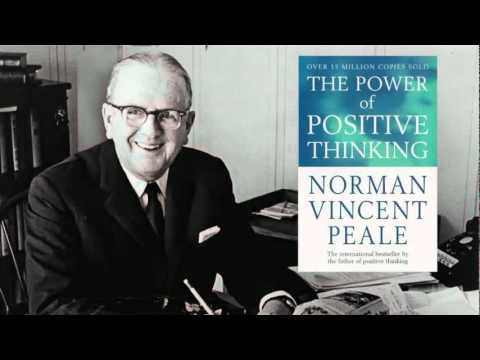 As a child, Donald Trump attended Norman Vincent Peale’s church in Manhattan, which was part of the Reformed Church of America, which is, I think, kind of like Presbyterian but a little more liberal.

Peale (1898-1993) was associated with Protestant business leaders such as Thomas Watson of IBM and Branch Rickey of the Brooklyn Dodgers. He was the author of the huge self-help bestseller The Power of Positive Thinking.

Democrats absolutely loathed the Rev. Peale. Democrats couldn’t get enough of highbrow scholar-statesman Adlai Stevenson saying, “I find the Apostle Paul appealing and the Apostle Peale appalling.” That joke slew them every time they heard it. Back then, everybody sophisticated knew that psychology should be left to scientists like Freud.

One interesting aspect is that Trump comes out of this pro-business power of positive thinking Protestant background, but without the Ned Flanders-style nicey-niceness that often goes with it. Romney was kind of dragged down by his related Mormon nicey-niceness, and George H.W. Bush had to struggle with his.

Trump and his family attended First Presbyterian in Jamaica, Queens before going to Peale’s Marble Collegiate Church in Manhattan.

Peale’s positive thinking is definitely evident in Trump’s attitude and speaking style and presentation. Trump is relentless in applying positive thinking. Everything he says about himself and his projects and goals is unequivocally positive.

The positive thinking “philosophy” was very much a part of bourgeois, pro-business, Protestant American mainstream culture, but now largely persists among some evangelicals e.g. Rick Warren’s “Purpose Driven Life” and in a non-Christian, New Age context. The self-help tropes about having a positive attitude, thinking positive, waking up in the morning and staring at the mirror while repeating positive mantras about yourself to yourself every day, etc., derives from positive thinking. Mainline Protestants today find it declasse and are sort of embarrassed by it.

Part of the Ned Flanders nicey-niceness comes from positive thinking philosophy, whereby being effusively positive towards other people is believed to lead to positive outcomes, just as thinking and speaking positively about yourself is. Trump’s brashness and ego however adds a twist to this formula, and he won’t speak positively to or about someone and will put someone down if it leads to himself thinking, feeling, and looking more positive.