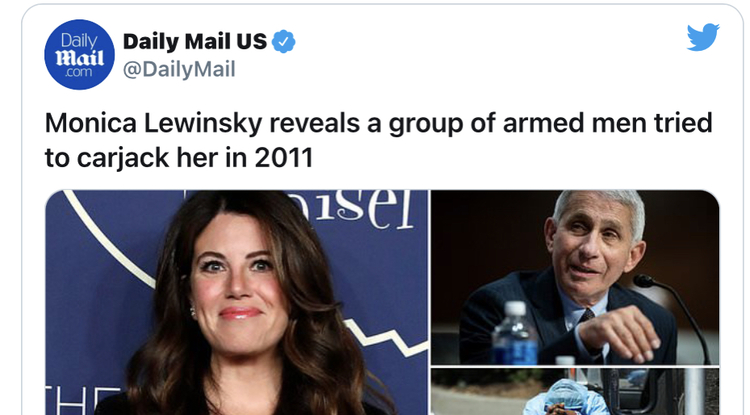 Don't Mention The Race Of Your Victimizers

Monica Lewinsky says her mental health was bad for years after being almost carjacked in 2011 by armed men (race unspecified).

Monica Lewinsky reveals a group of armed men tried to carjack her in 2011 https://t.co/pjF5KmDrgy

The mental toll from predatory crime can be severe, but you aren’t really supposed to bring up your victimization if you are white and the criminals weren’t.

For example, the newspapers probably remind us more each year about the Emmett Till case of 1955 than of all the black-on-white crime in subsequent decades that had such a disastrous effect on America’s cities. In 2020, nobody wants to hear a white person talk about being victimized by a black, even if talking would be helpful to the victim’s sanity.