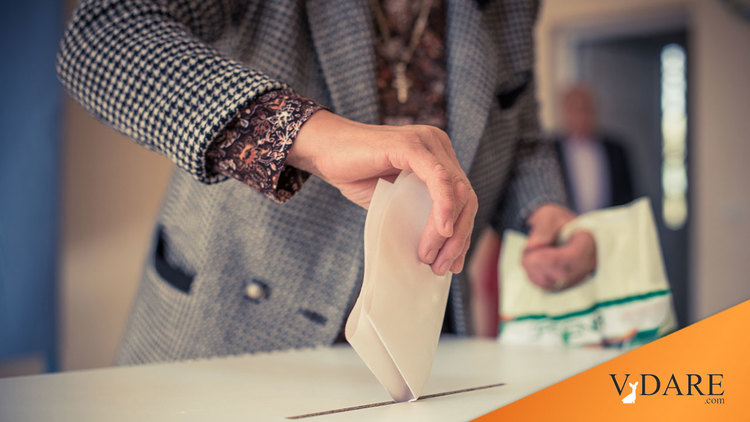 An interesting correction to Dolores Prida's column Assimilate this.

"CORRECTION: An earlier version of this column incorrectly quoted a report by Marcus Epstein of American Cause saying that white voters are ”more important” than Hispanic voters. Those comments were not in the report and were not said by Epstein. The Daily News regrets the error."

Really, this is too bad of her. Anything between quotation marks should be word for word what the subject said, not what you think they meant.

And even we rabid nativists know that "everybody's equal in the voting booth."

We don't claim that white voters are more important, we claim that they're more numerous.