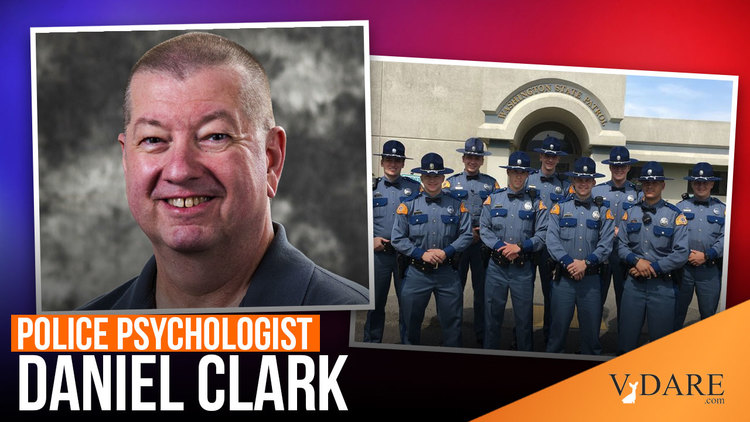 Do not pass enough non-whites and pass too many white people, and you inevitably lose your job.

The Washington State Patrol replaced its psychologist of 27 years due to his hiring process not having enough diversity.

“We’re really committed to keeping our practice evolving as the culture of policing evolves,” said Cerise Vablais, one of the owners of PSPS.

The data that resulted in Clark’s resignation indicate that his psychological screenings over the last four years ending in January rejected 20% of white candidates, compared to 33% of black candidates, 35% of Hispanic candidates, and 41% of Asian candidates. Candidates who were rejected were almost never hired, the outlet reported.

Clark defended his process, saying he treats everyone “as an individual and make[s] my recommendations based on an individual assessment.” He also does not believe there is bias in his methods, which placed applicants into categories of “recommend,” “not recommend,” or “marginal.” He blamed any racial imbalance on the national written tests he administers, according to the outlet.

Rather than using Clark’s grading scale, PSPS will use an A-F grading scale, as Clark’s scale “wielded an inordinate amount of power late in the hiring process,” the outlet reported.

The police agency hopes to hire 60 cadets by February 2022.