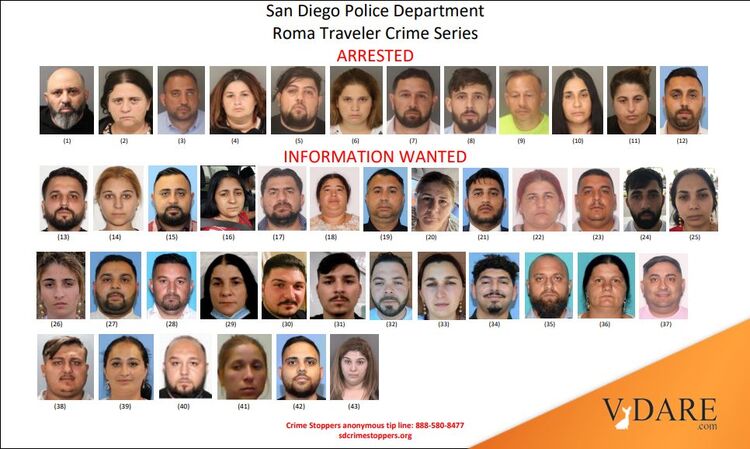 Diversity Is Our Strength: "San Diego Crime Ring That Targets Asian Elders" Turns Out To Be Gypsies 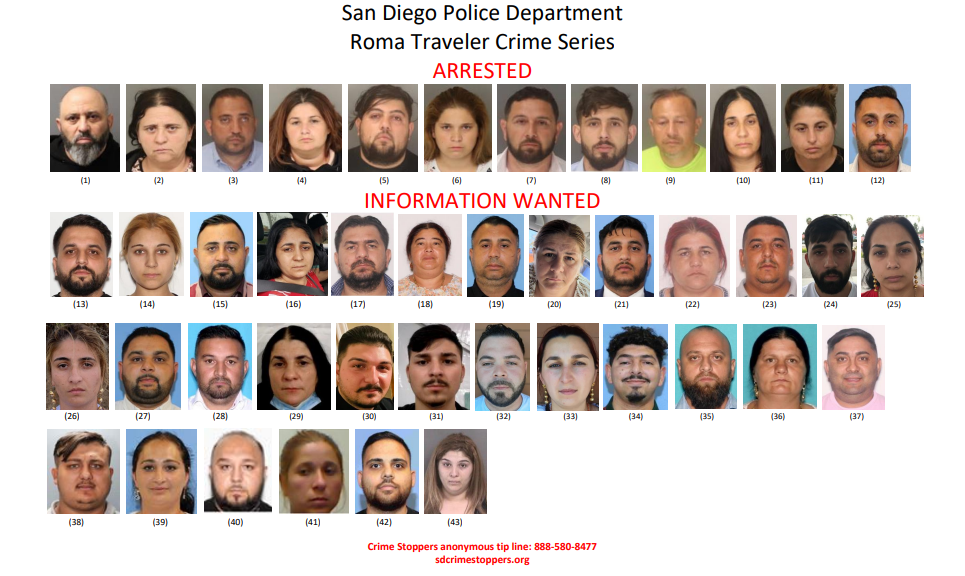 … The San Diego Police Department is asking for the public's help taking down what investigators call an international organized theft ring that has been operating in San Diego since 2020. Police say the ring preys on the Asian and elderly communities.

A week before Christmas, NBC 7 reported the story of an attack on a 72-year-old Vietnamese grandmother across the street from her home on Kenova Street in Mira Mesa. Her necklace, which was an important piece of heirloom jewelry, was taken by two women.

… “It is very frustrating and it is disappointing. It's sad, it is all the above. A lot of these items are invaluable, irreplaceable,“ Lao Community Organizer Pida Kongphouthone said.

Kongphouthone has been the shoulder to cry on for victims of this international criminal organization for the last two years.

“A lot of our elders, a lot of our community members, they are scared to go out,” Kongphouthone said.

… Investigators released the suspected names and faces of 13 people arrested and charged in connection with this series of crimes, plus pictures of more than 30 suspects they're trying to capture.

“These are people we have identified as being in San Diego and being involved on some level in these crimes,” SDPD Financial Crimes detective Luke Johnson said. “Often times they will ask directions to the nearest church or tell them they went through some trauma in their family to get them to feel sorry for them.”

Once the victim's guard is down, they use pickpocket sleight of hand skills to steal everything from jewelry to wallets. If that doesn't work they resort to rougher methods, investigators said.

“They buy luxury vehicles. We have suspects that own Lamborghinis, Ferraris and Rolls Royces. They have large mansions in Romania,” Detective Johnson said.

All police suspects connected to these crimes come from a small community in Romania, according to Detective Johnson.

The police refer to them as “Roma Travelers.” Nobody dares call them Gypsies, because there so many stereotypes attached to the word “Gypsies,” such as them often being, well, thieves.

What % of the public knows that “Roma Travelers” means Gypsies? Fifteen percent?

Do ordinary Romanians get tired of the rest of the world hearing about the hijinks of Roma from Romania and blaming Romanians?

Do Gypsies ever branch out into more modern forms of stealing like Medicare fraud? Or are they too dyslexic to want to fill out all the paperwork?