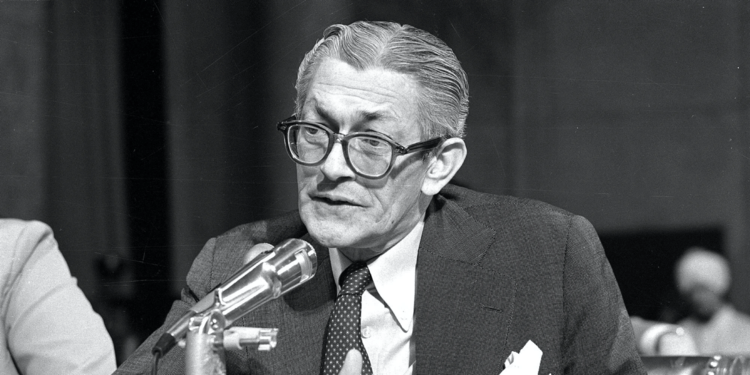 One of the most glamorous and castigated characters of 20th Century American history was the CIA's head of counter-intelligence from 1954-1975, James Jesus Angleton.

He was, as his famous middle name suggests, half-Mexican. His father was an officer in Pershing's army that invaded Mexico in 1916, his mother was a young Mexican society beauty.

There have long been connections between espionage and literature, with several famous writers having served in intelligence agencies (e.g., Somerset Maugham, Graham Greene, Ian Fleming, William F. Buckley, John Le Carre). Angleton has fascinated writers because he was a man of letters who became a major intelligence operative.

A poet and literary critic, editor of the poetry journal Furioso, he borrowed his friend T.S. Eliot's image in Gerontion of "a wilderness of mirrors" to describe the problems he confronted in trying to figure out which purported Soviet defectors were credible and which were plants when they arrived bearing tales of traitors in British and American intelligence.

When Angleton's life was finally depicted in a big budget movie, 2006's The Good Shepherd, director Robert de Niro and screenwriter Eric Roth chose to make Matt Damon's fictionalized version of Angleton not more fascinating than even the real man was (in the reasonable tradition of biopics), but vastly duller in order, apparently, to make the point that WASPs are boring.

The whole Mexican mother thing was dropped, of course, as too interesting and too confusing for modern audiences.