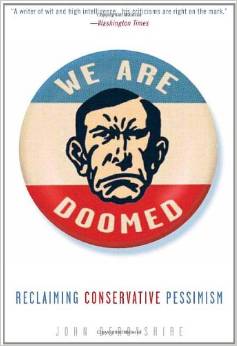 One of the best laughs in my 2009 call to repentance We Are Doomed was, readers tell me, my takedown of political scientist Robert Putnam.

As I noted here on VDARE.com a few months ago:

Putnam is an odd bird: a professor of Political Science at Harvard who, as a hardcore Midwestern liberal ideologue, instinctively practices crimestop when his honestly-intended, methodologically-sound, professionally-conducted researches uncover truths that are unwelcome to him.

The psychic deformations thus induced were most clearly on display in Putnam’s 2006 paper on diversity, with which I had some sport in We Are Doomed.  [“The Prescriptive Poverty of the Social Sciences,” VDARE.com, July 23rd 2015.]

I then appended that passage from my book:

The paper is titled “E Pluribus Unum: Diversity and Community in the Twenty-first Century,” and can easily be found on the internet …

That paper has a very curious structure. After a brief (2 pages) introduction, there are three main sections, headed as follows:

I’ve had some mild amusement here at my desk trying to think up imaginary research papers similarly structured. One for publication in a health journal, perhaps, with three sections titled: Social science research in our universities cries out for a modern Jonathan Swift to lampoon its absurdities.  [We Are Doomed, p.16.]

Doctors said a teen’s bid to lose weight by drinking tea left her with serious health complications, including acute hepatitis.

In a new case study in the British Medical Journal Case Reports, the unidentified patient came to her doctor with nausea, joint pain and nonspecific abdominal pains. Physicians gave the teen antibiotics, thinking she had a minor infection and sent her home. But she came back to the emergency room jaundiced with worsening symptoms.

The girl, 16, then told her London doctors she had started drinking green tea bought online in a bid to lose some weight.

“I had only lost a couple of pounds but then started having horrible pains in my joints, and felt very dizzy and sick,” she said in the study. “I was very scared when I was admitted to hospital and had lots of tests. I didn’t fully understand what was going on at the time.”

After doing multiple tests searching for viral causes to her illness, the teen’s doctors realized she had acute hepatitis, or an inflamed liver. Once the girl stopped drinking the tea and was given intravenous fluids and medication, she quickly recovered.  [“Teen Girl Develops Hepatitis After Drinking Green Tea Bought Online“ by Gillian Mohney; ABC News, Sept. 25th 2015.]

Why don't you listen?