Diverse Alien Kids May Be Dumped on Long Island

Far from the blighted border, residents of small communities across America are learning that the government has big diverse plans for them. Citizens in Commack, New York, midway out on Long Island, recently learned that their Lutheran Church was negotiating with the feds to house 40 foreign children up to age 17 in a financially advantageous arrangement for the church, which needs the money.

Commack residents were not happy with the idea, and were suspicious about what was going on behind the scenes. A local paper reported that a crowd showed up at a private meeting and was too rowdy for the gathering to continue (Idea to house immigrants in Commack questioned, Times of Smithtown, Aug 13).

Below, Jerry Baggetta of Commack was wary of the plan to house alien children in his town, particularly regarding the cost to taxpayers. 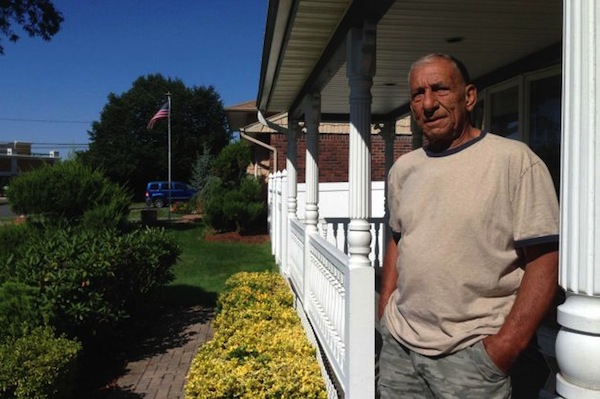 The citizens don’t seem to like the diversity social engineering being forced upon them from on high, even when it’s for the good of The Children.

Residents of a Long Island neighborhood are saying “no” to a proposal to temporarily house immigrant children found near the U.S. border at the Holy Cross Lutheran Church.

“Who’s going to pay for it?” Jerry Baggett, Commack resident. “Our taxes? Their schooling and everything else. You know what? It’s a complete waste and it’s a joke.”

But the Rev. Marc Herbst at Holy Cross said the community should remain calm, because there is no sign that the church will definitely be participating in the program right now.

“In reality the application process, the timeline — it’s not possible to fund this program through the federal government,” said Herbst.

Lutheran Social Services of New York is participating in a grant program with the federal government to sponsor it. There is a possibility the church could become involved in the future.

“We pay high taxes here for a reason,” said resident Cheryl Cambria. “I have two little kids. I live right across the street from the church and I’m worried for my house, for my family.”

Becoming involved in the program could bring thousands of dollars a month to Holy Cross, which is in financial trouble. But Herbst said it’s not just about the money.

“We’re not against helping people,” said Michael Cantwell, of Commack. “Is it the right place, is the question, and most people in the neighborhood and this immediate area don’t think so.”