PJMedia has a list of  13 Incompetent Failures in the Obama Administration [By Tyler O’Neil, May 20, 2016].

It includes only four white males, who I've bold-faced below. 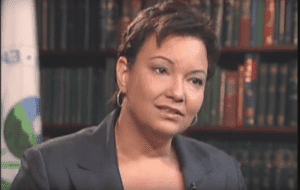 More than half of the "incompetent failures" are women, and an unknown number are Lesbians. (Unknown,  because Janet Napolitano  and Hillary Clinton are officially "not gay.")

So PJMedia isn't calling many white males "incompetent failures"—does that mean they're racist and sexist? No, it has more to do with the Obama administration's hiring priorities, and the fact that these people are not really incompetent—they're on the other side.

It's all part of what we call the Minority Occupation Government.