DID SNL Steal A Joke From Steve Sailer? (Apparently, The Part About The Murders Didn't Spark Joy)

Below, Steve Sailer takes notice of a Saturday Night Live parody of Tucker Carlson interview with Judge Jeannine Pirro, done by two left-wing actors. Steve recently asked of two immigrants (a Guatemalan alleged mass murderer and a Haitian alleged rapist) whether they, in the words of decluttering guru Marie Kondo, "sparked joy". I. E.  should they be thrown out like that sweater you are never going to wear again?

So faux-Jeannine says we need: 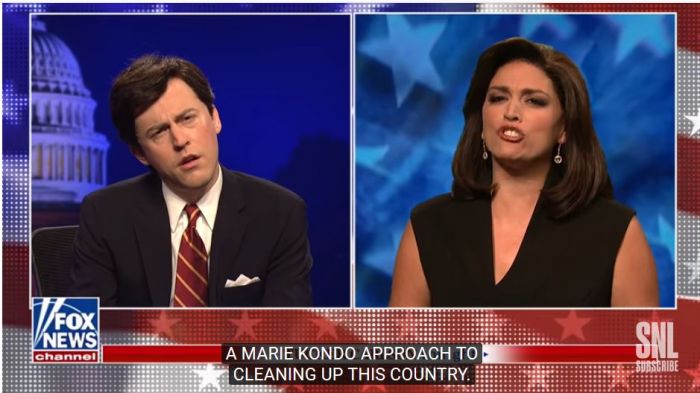 You know what doesn't spark joy with SNL's Jeannine? 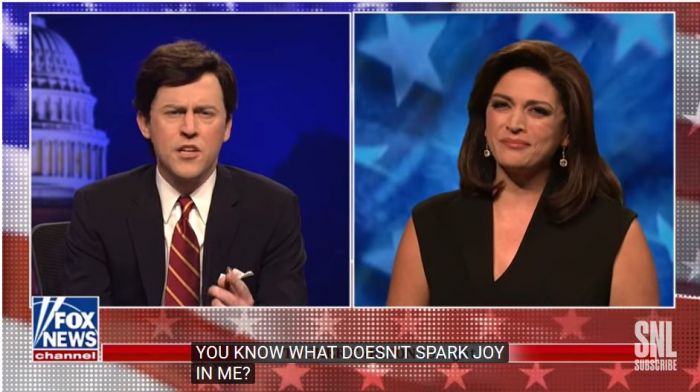 Second, it's very  much gallows humor when Steve is doing it, because he's talking about someone alleged to have murdered four people: Connie Koontz, 56, Sophia Renken, 74, Jerry David, 81, and his wife Sherri, 80. Maybe the part about the mass murdere didn't "spark joy" with SNL's joke thieves.

And finally, the reason I keep saying it's parody is this—I know that if the real Tucker Carlson picked up a Steve Sailer joke about an immigrant who committed (allegedly) mass murder, it would cause another SPLC meltdown.