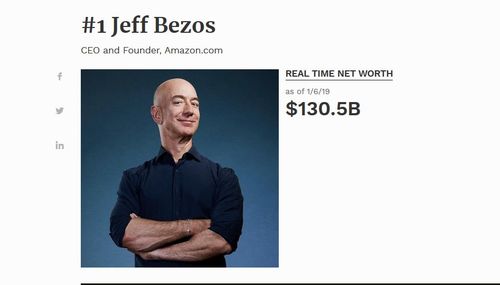 With Elizabeth Warren back in the news as she launches her Presidential campaign, it’s interesting to wonder whether Richest Man in the World Jeff Bezos, founder of Amazon and owner of the Washington Post, ever used his Spanish surname to apply for ethnic preferences. If not, why not?

Exactly who qualifies for racial/ethnic preferences is an interesting but highly obscure question. Bezos is a fun test case. We are not supposed to think about who exactly qualifies for affirmative action, in part because nobody seems to know the real rules, second because if you think about it, you come to the realization that, Elizabeth Warren aside, white people generally behave pretty honorably over not exploiting ambiguities in quotas for their own benefits (which is why Warren’s opportunism remains a big story).

Bezos, who was born in New Mexico, is Cowboy-American on his mother’s side. A cousin is country singer George Strait. His maternal grandfather was a high official in the Atomic Energy Commission. Bezos bought his grandfather’s ranch in south-central Texas and expanded it to a Texas-sized 469 square miles.

His biological father was named Jorgensen. When Jeff was four, his mother married an anti-Communist refugee from Cuba who adopted little Jeff and gave him his last name. 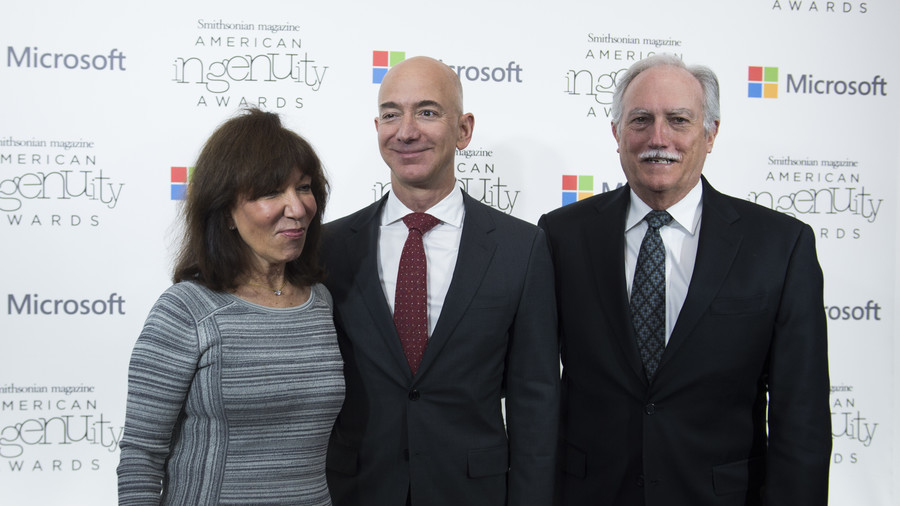 The Census long made explicit that “Hispanic” was not a “racial” and thus biological category, it was an “ethnic” category. You could be of any race and still qualify as being of Hispanic/Latino ethnicity. But that leaves open all sorts of questions, like does having a Hispanic stepfather qualify you for low interest SBA minority development loans and government contracting minority preferences?

Mr. Bezos, an engineer, worked for Exxon for 30 years and appears to have done well: e.g., Jeff attended public school in Houston’s River Oaks, the most expensive neighborhood in Houston.

There’s no evidence that Bezos needed affirmative action to get ahead. He was a star student:

He was high school valedictorian, a National Merit Scholar,[19][20] and a Silver Knight Award winner in 1982.[19] In 1986, he graduated from Princeton University with a 4.2 grade point average and Bachelor of Science degrees in electrical engineering and computer science and was a member of Phi Beta Kappa.

And after about a half dozen years he left the corporate world, where there is some affirmative action, for the start-up world, where there was very little back then. Bezos is, obviously, an extraordinarily good businessman and was always recognized as having tremendous potential.

So, did Jeff Bezos ever check the Hispanic box? If not, why not?