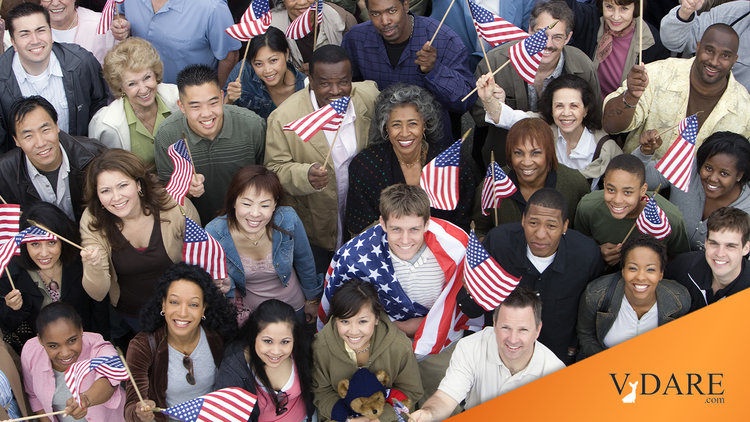 Did Failing to Appeal to Non-College Educated Whites in Key Swing States Cost Trump the Election?

In a multiracial society, democracy is nothing more than a racial headcount. And it appears President Trump and the Republican Party failed to tap into this indisputable fact by not reaching out to non-college educated white voters in Pennsylvania, Michigan, and especially Wisconsin.

In the end, ranting about the low unemployment rate for blacks and promising a $500 billion Platinum Plan exclusive for blacks wasn’t something exactly speaking to these voiceless, beleaguered racial group. Instead of showing up to vote on November 3… they stayed home. Their collective vote wasn’t courted.

In the aftermath of the 2016 election, analysts on both the left and right noticed that President Trump had the potential to grow his base of white working-class voters. Five Thirty-Eight’s David Wasserman noted that over 44 million non-college-educated white voters who were not even registered to vote before the 2016 election concentrated heavily in the Midwest, including 2.6 million in Pennsylvania, 2.2 million in Ohio, 900,000 in Wisconsin, and 500,000 in Iowa. All the Trump campaign needed to do was locate them and register a fraction of them, and it would be smooth sailing till election day.

Rather than employing a strategy that looked to find the missing white working-class voter, the Trump campaign devised a plan to drive support from minority voters. They released both the Platinum Plan for black Americans and the American Dream plan for Hispanic Americans, promising hundreds of billion dollars to revive their communities and a series of other identity-driven policies.

This was successful to a point. The Hispanic turnout in Florida and Texas were large enough to deliver Trump a much larger victory than most people expected and helped keep Arizona and Nevada competitive even as he shed voters in the suburbs and among Independents as well as college-educated whites. Among black voters, exit polls showed Trump received 19 percent of the black voters between 25 and 44 years-old. However, he didn’t budge the number of older black Americas who make up a majority of voters in their racial group.

That plan was always doomed to fail due to the small share of minority voters in the Midwest that were up for grabs. There weren’t enough Hispanic voters or black Americans willing to flip to the GOP in those states. So they relied on their pool of existing voters and resting their fate on a ground game.

To the Trump campaign and the Wisconsin Republican Party’s credit, they ran a fantastic operation in the state. The President’s campaign increased his support and turnout in 22 of the 23 counties he flipped from President Obama in 2016. Even more astonishing, only two of those counties had turnout under 90 percent. Some counties like Price, Marquette, and Pepin had close to 95 percent turnout.

In the county of Kenosha, which saw race riots and acts of violence from Black Lives Matter supporters and members of Antifa, Trump increased his margin from .3 percent in 2016 to 3.2 percent in 2020, becoming the first Republican to win the county in back-to-back elections since 1928.

The ground game and high level of support from working-class white counties couldn’t make up because the missing white vote stayed missing. In the 23 Obama-Trump counties, the number of registered voters declined by nearly 8,000 voters from January 2017 to November 2020 even though the population increased in these areas.

So Trump’s campaign had to work harder with a smaller group of people. Most of the non-college-educated white Wisconsinites that didn’t vote in 2016 remained untapped in 2020. For over three years, the campaign spent hundreds of millions of dollars chasing phantom voters in deep blue states like New Mexico rather than looking at their natural base sitting underneath their nose.

Had those funds been redirected to registering and turning out between five and ten percent of those non-college-educated white voters they missed in 2016, they wouldn’t have to worry about suburbanites defecting to Biden. Fears of voters fraud or illegal vote count wouldn’t have been a concern if they just reached out to their natural constituency.

We have no idea what will ultimately happen in Wisconsin, Pennsylvania, Michigan, Georgia, Arizona, or Nevada (cough *massive voter fraud* cough), but it should be obvious by now: if Trump had just reached out non-college educated white voters in these states with a few programs geared toward uplifting their lives, we wouldn’t be on the cusp of a long legal battle to see who the POTUS will be in 2021. He’d have won in a massive landslide.

But no one wants to just explicitly appeal to white voters.

Not yet at least.