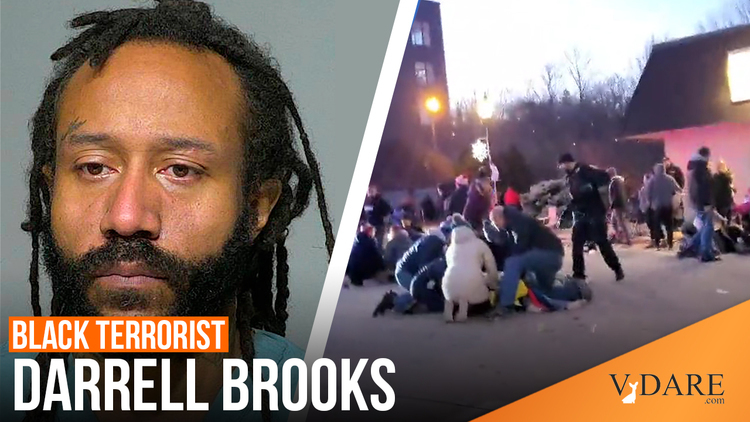 The Department of Homeland Security (DHS) has issued a summary of the terrorism threat to the United States. Most of the summary in bulletin form has so little substantial information it is of no practical use for policy makers or law enforcement use. The rest of the information is so selective it exposes itself as a purely political document, obviously to be used in the upcoming midterm elections.

Like most government publications regarding terrorism, there is little to guide law enforcement or policy. Worse yet, most incidents cited are clearly the work of one-off attackers with severe mental illness problems and devoid of any coherent political, racial, or religious agenda. Gone are the days when terrorism was dominated by Muslim terrorists with a well-defined political agenda, the imposition of a worldwide Caliphate on the world. Instead we have criminal acts by the mentally ill tarted up to appear political.

Several recent violent attacks by lone offenders against minority communities, schools, houses of worship, and mass transit have demonstrated the dynamic and complex nature of the threat environment facing the United States:

Vague language is used to either claim or imply that minorities are some sort of target, while the real terrorist attacks are ignored, underplayed, or falsely attributed. The bulletin claims that anti-Semitic and anti-black hatred is the prime motivator of recent attacks, but is only able to cite one attack.

The suspect in the grocery store attack in Buffalo, New York in May 2022 claimed he was motivated by racist, anti-Black, and anti-Semitic conspiracy theories, often referred to as the “great replacement” or “white genocide.” These theories claim that minorities, multiculturalists, and a ruling elite are deliberately threatening the existence of the white race. The alleged 2019 attacker at a Walmart in El Paso, Texas cited similar grievances and inspiration for the attack, and both the Buffalo and El Paso attackers indicated they were inspired by the 2019 attacker of two mosques in Christchurch, New Zealand.

Only able to attribute one attack to those motivated by anti-black and anti-Semitic motivations, the bulletin desperately moves to attacks in 2019 and attacks overseas, which have no relevance to the threat level in the United States. If overseas incidents are so important, why not cite attacks on Christians in Muslim nations or attacks on whites in South Africa?

The bulletin is clearly politically motivated as the report completely ignores the more recent anti-white attacks at the Boulder Supermarket, where a left-wing Muslim murdered 10 white Americans and the Waukesha Christmas Murders, where a racist black nationalist murdered five Whites and injured 48 whites. Nor did the bulletin reach back years to cite other anti-white attacks, especially those in Europe by brown Muslims. Those attacks would have been as easy to refer to as attacks in 2019, but the political motivation of this report was to attack whites and Republicans, rather than assist in making public policy and aiding law enforcement in profiling of potential terrorists.

The report even mentions conspiracy theories about the Uvalde shooting, as if that were a terrorist attack, rather than a case of severe mental illness run amok. It appears that DHS is attempting to shoehorn any violent crime into a terrorism angle, as if internet diatribes about events were a serious issue for law enforcement and intelligence experts.

Having been a Terrorism Liaison Officer in a DHS component assigned to a Regional Intelligence Center, I can say the information in this bulletin is completely useless to intelligence and law enforcement agencies. It is clearly politically motivated hype, misdirection, and downright lies. We heard much about terrorist “chatter” after 9/11 and during the Iraq War. What is referred to as “chatter” is not the same as ramblings on public websites like 4chan or Twitter. Muslim terrorists had their own secret chat sites and email exchanges that were the source of “chatter” intelligence, but what this bulletin is referencing is either not true, there is almost nothing on sites like Telegram making threats about the border or Uvalde, other than criticism of Biden Regime failure and the police response respectively.

There is no talk about any terrorist action concerning either issue on the internet. Now there are always sick people cheering on such attacks, but their sick fantasies are not taken seriously by intelligence or law enforcement.

In fact, lone offender, the new phrase du jour for lone wolf, attacks are impossible to identify before those incidents occur as lone offenders don’t have an organization to infiltrate and monitor. That is why lone offender attacks, whenever by the insane or the politically motivated, are such a difficult issue.

The bulletin is also deliberately lying or deliberately misleading the public by doing a false dichotomy, in this case the attribution of the real violence from abortion advocates against churches and pregnancy centers to a imagined threat from pro-life groups.

Given a high-profile U.S. Supreme Court case about abortion rights, individuals who advocate both for and against abortion have, on public forums, encouraged violence, including against government, religious, and reproductive healthcare personnel and facilities, as well as those with opposing ideologies.

No mention here of the only real attacks against churches and pregnancy centers, most of which openly claimed by the pro-abortion terrorist group Jane’s Revenge. And where is the Federal Bureau of Investigation (FBI)? Nowhere. The FBI spends a lot of time infiltrating peaceable groups like Patriot Front or organizing terrorism using operatives such as Ray Epps, but refuses to infiltrate left-wing groups.

Also not mentioned in the terrorist threat bulletin were Antifa and BLM, two groups that are the most active terrorist organizations in the United States, even after BLM’s financial fraud has been exposed by the press and State charity regulators.

It is falsified “intelligence” information like this report that will be used to arrest mostly white American gun owners under red flag laws. Laws that RINO and Democrat Senators are voting for. This fake intelligence bulletin is another salvo in the war on the Historic American Nation.