Here are a handful of points on my July Diary and the August 4th Radio Derb podcast.

My usual covering remarks about incoming emails apply.  Everything nonabusive gets read and pondered (and, where suitable, plagiarized) but time forbids my responding to all but a random selection. 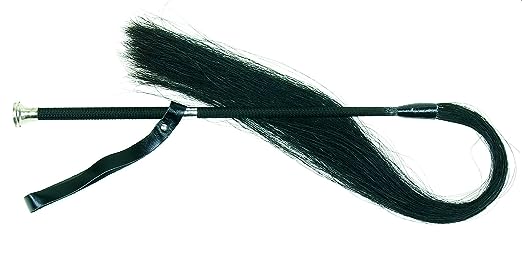 You never know what will get people's attention.  The big attention-getter in my July Diary was the segment about fly whisks.

You don't, I've learned, have to lay out forty-five dollars for the full Jomo Kenyatta deal.  There are electronic alternatives—basically hand-held bug zappers—that are way cheaper.  I have ordered one (this one) and shall report back on its efficacy.

I have also been advised to just get a nice big floppy hat.  Apparently that keeps bugs at bay, at least around the head and neck area.

Supposing I were to go for the Jomo Kenyatta classic fly whisk, would people think I was gay, I asked?  A reader (in a good-natured, not abusive, post): "No, but they might think you daft and clumsy."

That I could live with.  For that reader's personal safety and career prospects, though, I should note that the word "clumsy" is seriously microaggressive and might get you fired from, for example, Google.  The term approved by PC Central is "dyspractic."

You probably are aware that [this] appeared as problem A6 on the 1966 Putnam exam. The solution in the Putnam book for the period 1965 - 1984 shows that your first question (does the expression have a finite value?) is much more difficult to answer than the second (what is the value if it exists?)

I wasn't in fact aware of that—thank you, Sir.

And yes: In math, existence (that it is) is often harder to prove than essence (what it is).  I have an intuitive inkling—please don't ask me to justify it—that the two kinds of problems appeal to two different personality types, existentialists and essentialists.

I'm an essentialist; I always found existence proofs a tiresome chore, though of course I appreciate the necessity. 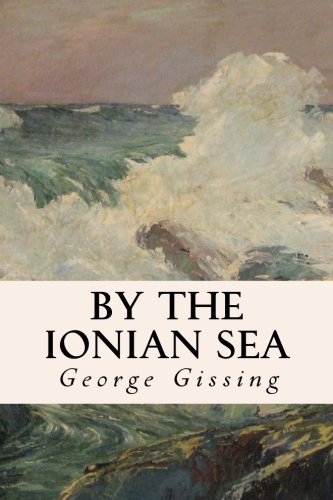 This is not from the email bag, but I thought I'd slip it in.

One of the pleasures of reading Gissing is that while his style is mostly clear and unadorned, his vocabulary is very large, so now and then he hits you with a word you never saw before.

So in Chapter IX of By the Ionian Sea:

Cow's milk could be obtained in very small quantities, but it was of evil flavour; butter, in the septentrional sense of the word, did not exist.

Now that's a lovely word, with an elegant etymology.  How did we lose it?

I am always amazed at how the worst of our popular culture catches on abroad.

I feel your pain, Sir, but you have to look at it from the point of view of a kid in 1957 England, awash in pre-Beatles English pop music, which was dire.  The name Cliff Richard mean anything?

Clive James was growing up in Australia around the same time.  In that country immediately after WW2, for years the only cars you could get were British cars.  James says in his autobiography that when the first Volkswagens came ashore down under, they were greeted like liberators.

We English urchins welcomed Country & Western, even Appalachian folk music, in the same spirit.  On BBC radio there used to be a half-hour program called Smoky Mountain Jamboree that was required listening for musically avant-garde teens over there.  (Our parents of course hated it.)

I can find very few traces of that program on the Internet, only some disconnected scraps like this.  Perhaps that's just as well.  "Never go back" … although I do think Lonnie Donegan is worth making an exception for.

I mentioned this new Dunkirk movie, and said I had a Dunkirk story.

This story I heard from my father's younger sister, whom we called Auntie Cissie.  Her husband was my Uncle Fred, manager of the haberdashery I mentioned in my June Diary.

That store was in Gold Street, just up from the railroad station in my home town.  If you then headed on up Gold Street to the town center, turned north into the Drapery, and kept going, you reached Barrack Road, home to, yes, an army barracks.

In the Summer of 1940 Fred and Cissie were living over the shop.  In the small hours one morning Cissie was woken by a peculiar sound, "a rhythmic thumping, shushing sound," from the street outside.  She got up and looked out the window.

Long lines of men in beaten-up army uniforms were passing up the street from the railroad station towards the town center and the barracks.  None of them had any boots.  Some had cloth scraps wrapped around their feet.  That was what was making the shushing sound: cloth-wrapped feet shuffling along the sidewalk.

These were troops evacuated from Dunkirk.  Either they had been told to dump their boots to make it easier to wade out to the evacuation boats, or the boots had been taken off so as not to alarm civilians in the wee hours, I forget. The threat of a German invasion was looming large in people's minds at that time, remember.

Every Brit of my generation heard stories like this from the generation prior.  WW2 was a crucible of British national unity and solidarity.  That it all, in just a few decades, cratered into the pretty lies, sentimental mush, and spasmodic barbarity of "multiculturalism," is a horrible civilizational tragedy.

Any time a Good Samaritan gets robbed, beaten, or killed by the people he's trying to help, readers email in to alert me, referring to item 10(h) in my infamous Talk: Nonblack Version.

These events are quite common:  I estimate around one a month on average in the U.S.A.  The perps are invariably black.  As often as not the victims are, too.

That was the case in this latest one, which several readers alerted me to.

Four "adult entertainers" allegedly shot dead a good Samaritan inside his Missouri home after he helped them change their flat tire.

Cross, 55, was found dead inside his home on Tuesday. Authorities said he died of a gunshot wound to the back. [Four strippers with broken down car fatally shoot Good Samaritan in the back after he stopped to help them change a tire that HE paid for; Mail Online, August 5th 2017.]

It's hard to be sure from the sketchy details given, but it looks as though Mr. Cross may have been hoping for some "adult entertainment" himself.

One irreverent reader wondered what Brittany was doing in there with Ponesha, Johniesha, and Lauteshia. "Subbing at cheerleader practice for Tanesha?"