As we all know, the Republicans are the party of the angry and ignorant, while the Democrats are the party of the intelligentsia and suave, such as Senator Michael Bennett (D-Co) (son of a diplomat and head of NPR, Wesleyan, Yale, investment banking, brother of head of The Atlantic). Bennett heads the Democrats’ campaign to maintain control of the Senate in November. From the NYT:

At Risk in Senate, Democrats Seek to Rally Blacks By JONATHAN MARTIN AUG. 30, 2014 WASHINGTON — With their Senate majority imperiled, Democrats are trying to mobilize African-Americans outraged by the shooting in Ferguson, Mo., to help them retain control of at least one chamber of Congress for President Obama’s final two years in office.

Or, you could say with equal accuracy:

With their Senate majority imperiled, Democrats and their allies in the media tried to mobilize African-Americans outrage by grotesquely hyping a police blotter incident in Ferguson, Mo. to help them retain control of at least one chamber of Congress for President Obama’s final two years in office. 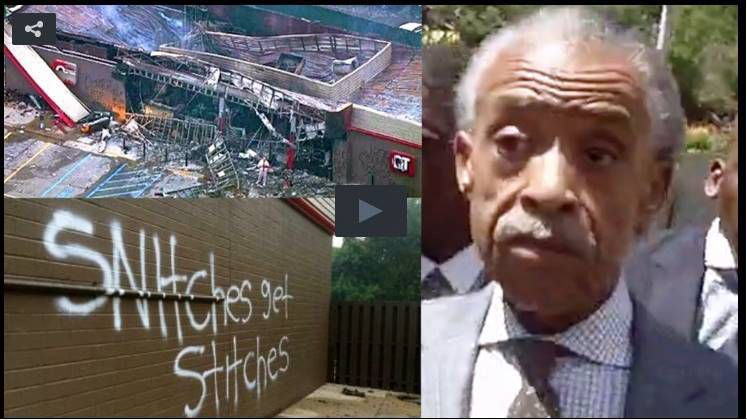 Mr. Sharpton and others at Mr. Brown’s funeral on Monday used their eulogies to raise the issue of voter participation, drawing nods and loud ovations. But in an interview on Friday, Mayor Kasim Reed of Atlanta said whites — or, as he put it, “the majority community” — did not fully appreciate the fury among African-Americans and their desire to register their discontent. Invoking the mother of Trayvon Martin, the black Florida teenager killed in 2012, and her plea for people to “use my broken heart,” Mr. Reed said he was telling black voters something similar: “The most important tribute you can make to individuals who you believe were treated unfairly is to exercise your franchise.”

Because these are Democrats’ attempts to angry up blacks to get out and vote, you are not supposed to notice how dismally lowbrow they are. The agenda setter for Sen. Michael Bennett (D-CO and an SWPL hereditary blueblood) and his Democratic Senate Leadership Council is a mob that burned down the wrong convenience store in their “Snitches Get Stitches” pogrom.