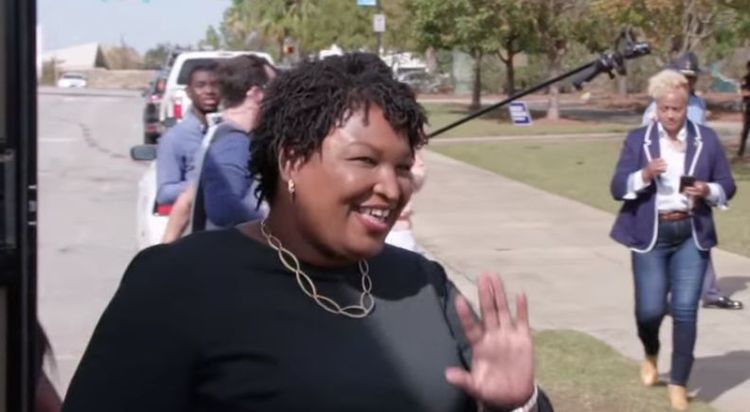 Demography Is Destiny In The Deep South

New from the Main Stream Media, another one of those things which is racist if we say it and praiseworthy and good if they say it. Democracy is essentially just a racial head count in the Deep South.

Although they are Georgia natives, state Reps. El-Mahdi Holly and Jasmine Clark are the faces of political and demographic change in their state, as new black residents in the Atlanta suburbs make their mark on Georgia’s Republican-dominated legislature.

Both Holly and Clark are black Democrats who defeated incumbent white Republicans last year for state House seats representing suburban Atlanta. They were part of a blue ripple that left Republicans in control of the Georgia legislature but cost the GOP nine seats in the House and two in the Senate.

The two new lawmakers credit their victories to black newcomers in their districts: Seven of the 10 U.S. counties with the fastest-growing black populations are near Atlanta, according to a Stateline analysis of 2018 census population estimates.

Georgia’s demographic change is most dramatic, but similar shifts are underway in other Deep South states.

South Carolina has seen an influx of white residents. But in the other states of the Deep South — Alabama, Georgia, Louisiana and Mississippi — African Americans are the fastest-growing group of voting-age residents, according to a Stateline analysis of Current Population Survey data compiled by William Frey, a demographer at the Brookings Institution. Since 2010, the region has seen a 14% increase in voting-age black residents, compared with 3% for whites.

[A Change in Politics With More Black Voters in the Deep South, by Tim Henderson, Pew, August 12, 2019]

As the article brags, these demographic changes are making it impossible for Republicans to get elected or for basic civic nationalist policies to be maintained.

[Georgia State Representative Jasmine] Clark said both black and white Republicans have a strong presence in her area, and she had to build a coalition of immigrants and others to win, by taking a stance against English-only laws, for example. While knocking on doors in her district, she encountered many immigrants who spoke only Spanish or Vietnamese.

The article matter-of-factly discusses the inevitable political consequences of Georgia's demographic transformation and the eventual seizure of political power by the Democrats at the state level. One Republican quoted simply muses pointlessly about the need for "leaders" to give the GOP a "broader base of support." Yet how? There is a vast system of racial patronage, government preferences, and special benefits for non-whites. What's more, the varies tribal leaders of these "diverse" groups can count on favorable coverage in the MSM. What are the Republicans going to do about that... offer them more tax cuts? Ryan Girdusky recently broke down the data and found that the supposed collapse in GOP support in the suburbs because of Donald Trump is actually just a consequence of demographic change.

For those of you who do not subscribe to my newsletter, I broke down an important piece of election data.

Pew Research reported 122 counties became majority-minority from 2000 to 2018. Nearly all counties saw declining support for the GOP POTUS nominee regardless of who it was

Here’s the link and you can scroll through each county and how each Republican Presidential candidate performed from 2000 to 2016https://t.co/7yyHHd4alV

So while man establishment Republicans have blamed Trump for alienating these counties (many of them suburbs), it was demographic changes that were more responsible for Republicans decline in the county.

You can tighten voter requirements. You can gerrymander political districts. You can blow tens of millions on "outreach" programs and virtue signal as much as you want. But at the end of the day, democracy is a tribal competition between different groups over power and resources. The Democrats have imported a voter base that will give them permanent political power, even in supposedly "conservative" areas.

Conservatives can't say they weren't warned. What's maddening is that now, even with the pattern so far advanced, so many seem to be willfully blind. Unless, of course, they've been controlled opposition all along.