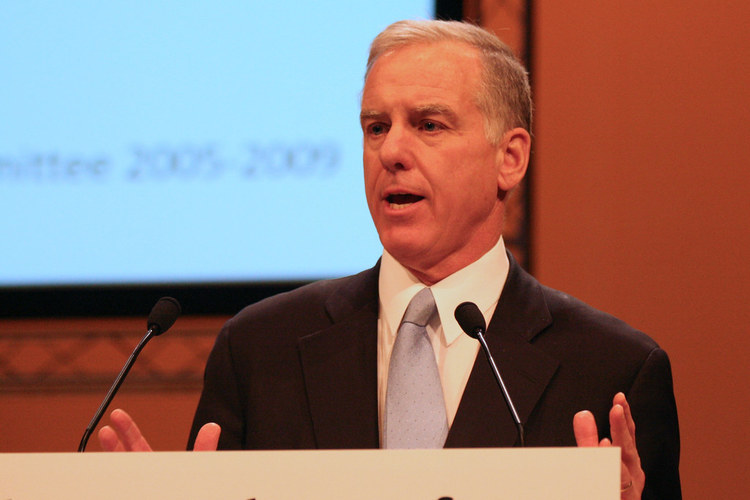 Many Republicans are up in arms over Howard Dean’s slip

“If you look at folks of color, even women, they're more successful in the Democratic Party than they are in the white, uh, excuse me, in the [laughs] Republican Party."

According to RNC Chairman Mike Duncan:

Howard Dean’s comments on race and gender today are disappointing and wrong. His efforts to divide Americans are an insult to all our nations citizens and have absolutely no place in the national dialogue.

Duncan would be well advised to listen to what Dean's "white party" comments were prefaced by:

The fact is that the Democratic party is made up of lots of different people, and we’re all minorities in our party. That’s the way it’s been for a long, long time. We’re the party of opportunity. So the demographic trends favor the Democrats.

Were it not for massive Third World immigration, being the ”White Party” would mean being ”The Winning Party” Dean simply recognizes that the more non-white the country becomes, the worse the ”White Party” does.

The GOP's obliviousness to this reality hurts them in two ways. They shy away from any sort of issue such as immigration and affirmative action that would galvanize the white vote for fear that they would “divide America". At the same time, rather than try to reverse the “demographic trends" that will create more and more Democrats, they hold on to the fantasy that they can somehow pander their way into getting Hispanics to vote Republican.