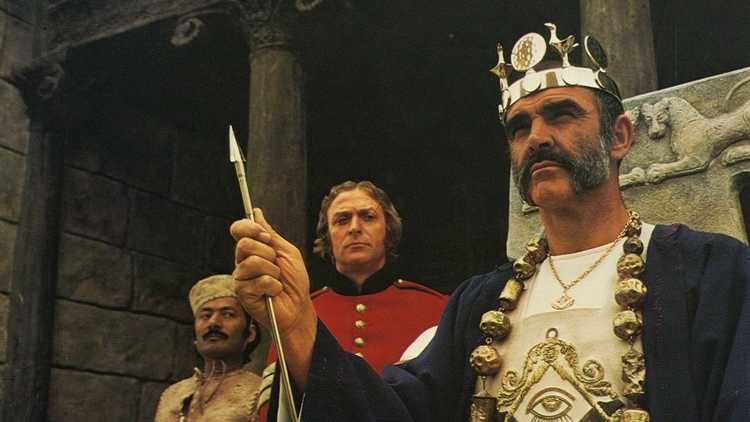 David Brooks in the NYT is peeved that "Avatar" isn't gung-ho about the U.S. military invading other countries and/or planets:

Every age produces its own sort of fables, and our age seems to have produced The White Messiah fable.

This is the oft-repeated story about a manly young adventurer who goes into the wilderness in search of thrills and profit. But, once there, he meets the native people and finds that they are noble and spiritual and pure. And so he emerges as their Messiah, leading them on a righteous crusade against his own rotten civilization.

Avid moviegoers will remember A Man Called Horse, which began to establish the pattern, and At Play in the Fields of the Lord. More people will have seen Dances With Wolves or The Last Samurai. ...

Avatar is a racial fantasy par excellence. The hero is a white former Marine who is adrift in his civilization. He ends up working with a giant corporation and flies through space to help plunder the environment of a pristine planet and displace its natives.

The peace-loving natives – compiled from a melange of Native American, African, Vietnamese, Iraqi and other cultural fragments – are like the peace-loving natives you've seen in a hundred other movies. They're tall, muscular and admirably slender. They walk around nearly naked. They are phenomenal athletes and pretty good singers and dancers.

The white guy notices that the peace-loving natives are much cooler than the greedy corporate tools and the bloodthirsty U.S. military types he came over with. He goes to live with the natives, and, in short order, he's the most awesome member of their tribe. He has sex with their hottest babe. He learns to jump through the jungle and ride horses. It turns out that he's even got more guts and athletic prowess than they do.

Along the way, he has his consciousness raised. The peace-loving natives are at one with nature, and even have a fiber-optic cable sticking out of their bodies that they can plug into horses and trees, which is like Horse Whispering without the wireless technology. Because they are not corrupted by things like literacy, cell phones and blockbuster movies, they have deep and tranquil souls.

The natives help the white guy discover that he, too, has a deep and tranquil soul.

True, but The White Messiah movie goes back even farther, with Lawrence of Arabia (1962) being a particularly intelligent example.

(By the way, during WWII, anthropologist Carleton Coon was officially assigned by the O.S.S. to be the White Messiah of North Africa, Lawrence of Morocco, if the Germans transited Spain and landed an army behind the U.S. Army. Coon, the kind of two fisted brawler admired by barbarians, was to take to the hills and rally his friends in the Rif Mountain tribes to fight irregular war against the Germans.)

The Man Who Would Be King (1974) debunks the White Messiah fantasy from a Realist Right point of view anathema to neocons: Michael Caine smartly wants to conquer the Afghans and then get out while the getting is good, but idealistic Sean Connery wants to hang around and civilize the conquered Afghans. Bad idea, Sean!

There are more than a few White Messiahs in history, besides Lawrence. Latin American history abounds with White Messiahs. For example, Subcommandante Marcos, the mysterious and charismatic masked leader of the 1994 Chiapas Indian rebellion in southern Mexico, is the Mexico City college professor son of parents who were born in Spain. Originally, Mayan Indians were supposed to be the press spokesmen for this postmodern rebellion, but the Mayans failed to dazzle on the first TV announcement, so the tall white guy in the ski mask took over the airtime and became the face/mask of this movement for Indian rights.

The leader of the Shining Path guerillas in Peru was a white philosophy professor named Abimael Guzman.

Che Guevara, who fought in Cuba, Congo and Bolivia, was a half Irish and half aristocratic Spanish Argentine. At the end of The Motorcycle Diaries, Che (played by Gael Garcia Bernal) experiences an epiphany: "We are a single mestizo race, from Mexico to the Magellan Straits." But, Che's father noted: "In my son's veins flowed the blood of the Irish rebels. Che inherited some of the features of our restless ancestors … which drew him to distant wandering, dangerous adventures, and new ideas."