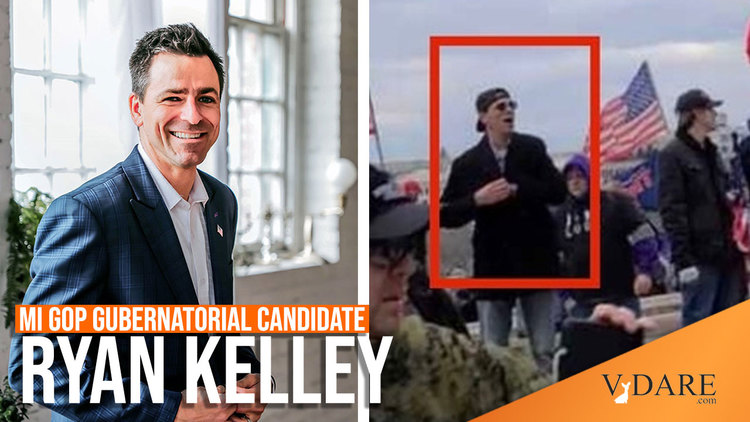 The Leftist-controlled FBI has charged Michigan’s GOP gubernatorial candidate Ryan Kelley with multiple misdemeanors for his role in the mostly peaceful protest at the U.S. Capitol on January 6, 2020 [FBI arrests GOP candidate for Michigan governor in connection with Jan. 6, by Zach Shonfeld, The Hill, June 9, 2022]. Coincidentally, Kelly is the only one of the GOP candidates who leads Leftist Governor Gretchen Whitmer in the poll published at Real Clear Politics. He is also ahead of his GOP rivals.

The Justice Department’s 16-page statement of facts, which features photos of Kelley at the protest, does not say he entered the building. Instead, the DOJ charged Kelley with disorderly conduct, entering a restricted area illegally, physically violent behavior in that area, and vandalizing federal property.

Given that the House J6 Committee’s vaunted show trial begins tonight, the timing of the arrest is certainly suspicious.

That aside, the poll featured at RCP puts Kelley—who also spoke at a Stop The Steal rally and strongly backs POTUS 45 Trump’s claims that the election was stolen—4 points ahead of Whitmer and his GOP rivals. 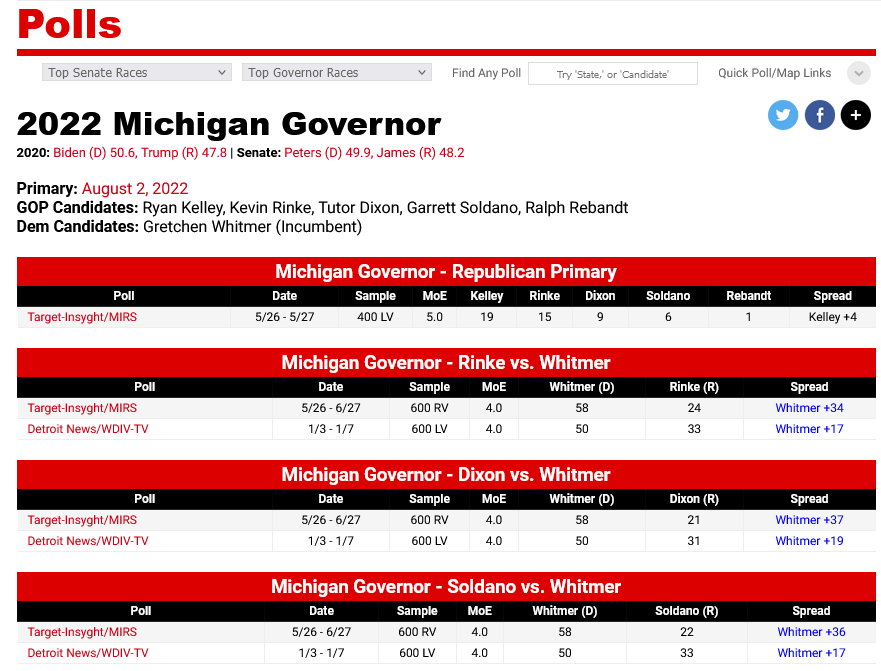 The GOP primary is on August 2. The Leftist media will call on his party rivals to denounce him as an insurrectionist or domestic terrorist who attacked “democracy.” Expect Kelley’s GOP rivals to do so, and exploit the arrest the same way Whitmer will.