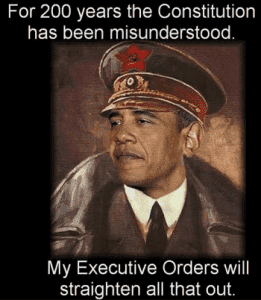 The White House has been very evasive as to why President Obama has uncharacteristically broken into his annual basking in Brazil North aka the Left Plutocracy’s preferred destination of Martha’s Vineyard. His return was announced long before the Ferguson riots began to blow up into his Administration’s Katrina.

I think The New York Times is probably right.  Behind Closed Doors, Obama Crafts Executive Actions By Julie Hirschfeld Davis Aug 18 says that the President is planning a wide swath of Administrative actions usurping Congressional authority on issues ranging from Amnesty to Corporate Taxation  and more privileges for homosexuals.

A coup d’état is in process.

Chief among these from the point of view of the future of the Nation is Amnesty/Immigration Acceleration. Politico today proudly posted Exclusive: White House meets with big biz on immigration By ANNA PALMER and CARRIE BUDOFF BROWN | 8/18/14 5:00 AM

Senior White House officials are in talks with business leaders that could expand the executive actions President Barack Obama takes on immigration.

Obama was initially expected to focus only on slowing deportations of potentially millions of undocumented immigrants and altering federal enforcement policies. Now top aides are talking with leaders in big companies...hoping to add more changes that would get them on board.

Representatives from Oracle, Cisco, Fwd.US, Microsoft, Accenture, Compete America and the U.S. Chamber of Commerce were among those present at a wide-ranging Aug. 1 session that went through a list of asks for the tech sector that would involve rulemaking…

Agriculture industry representatives have also been included in the meetings, discussing tweaks in the existing agriculture worker program.

The administration is also considering provisions for low-skilled workers for industries, like construction, that would allow individuals with temporary work authorization to gain work permits.

In essence, the Obamacrats are offering the Plutocrats the Open Borders component of the Gang of Eight Bill. In exchange they want assurances that the GOP Leadership will stay bribed.

This massive lawlessness is really no different from the cogitation process young Black males were employing in Ferguson this last weekend. They would like to loot the liquor store but consider if the police will react. When they see the answer is no they go ahead.

As I said in White House: Triggering Impeachment Measure Of Good Border Policy. Terrified GOP Congresscritters Hiss this rampage will go on, just like in Black neighborhoods, until it is stopped.