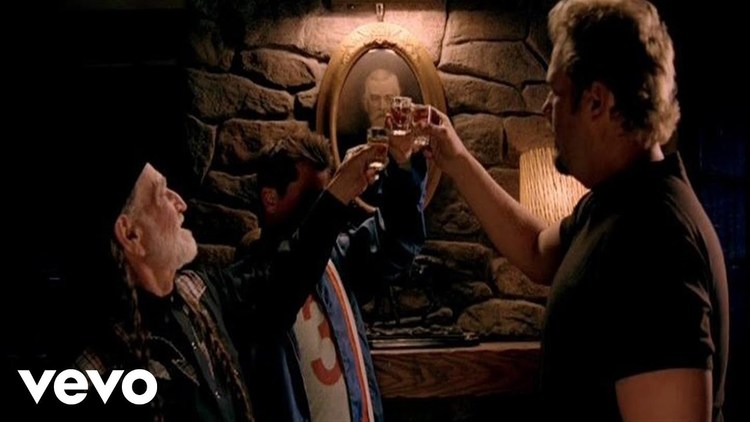 In April, I wrote a column "Manufactured Noose Mania" about the sudden rise of nooses as the latest hate symbol. As an example of how new this was, I noted how country singer Toby Keith's 2003 hit with country icon Willie Nelson, "Beer for My Horses" that contained the lyrics

Grandpappy told my pappy back in my day, son

A man had to answer for the wicked that he'd done

Take all the rope in Texas

Find a tall oak tree, round up all of them bad boys

Hang them high in the street

For all the people to see

elicited no controversy at the time.

Well, now Keith is set to star in a movie based on the song, and now the always insufferable Max Blumenthal has proclaimed the song to by a "pro-lynching anthem." He is particularly incensed that Keith is performing the song on the Colbert Report, The Jay Leno Show, and other venues and no doubt his buddies at Media Matters and the Southern Poverty Law Center will follow up.

Blumenthal writes in the Huffington Post "During the days when Toby Keith's "Grandpappy" stalked the Jim Crow South, lynching was an institutional method of terror employed against blacks to maintain white supremacy."

Blumenthal fails to note that the song is a duet with country icon Willie Nelson who actually sings the offending lines. Nelson has impeccable left wing credentials and played at the 2004 Democratic convention and is expected to play in 2008. I am still waiting for Blumenthal to object.

As I noted in my piece, the noose has long been one of the most commonly used devices for execution, for all races, and Keith and Nelson were clearly celebrating the rough justice of whites against whites in the Old West, not lynchings in the South. The music video showed pictures of the former.

Furthermore, like the videos for other country music songs that decry street crime like Montgomery Gentry's "You Do Your Thing, I'll Do Mine" and Hank Williams Jr.'s "A Country Boy Can Survive" the video for Beer For My Horses portrays urban criminals as white. Nonetheless, Blumethal insists the song and video are all about encouraging lynching African Americans,

Cue ahead to 3:00 and watch as Keith intones, "We got too many gangsters doin' dirty deeds." The singer's words are not-so-subtly accompanied by the image of a swaggering black man sporting short dreads and baggy clothes. Thus the profile of Keith's ideal lynching candidate is revealed.

If his viewers actually watch the whole video, they'll see the black man is someone who Keith is interviewing in attempting to find a white serial killer, but that doesn't matter to Blumenthal who has a near supernatural ability to find racism in everything.

A number of Keith fans have taken issue. Blumenthal complained in The Nation that one said, "I can't believe that this Max can't find something real to complain about in this crazy world... I think Max is the bigot - he obviously hates country music, country singers and Southerners."

The ever-hip Blumenthal responded that he is in fact a huge country music fan,

Describing Keith's over-produced truck commercial schmaltz as "country music" besmirches the dignified tradition established by Bill Monroe, Johnny Cash and Dolly Parton, while insulting the innovative artists propelling the genre into the future, from Neko Case to Son Volt to my good friend Dave Bryan. At his best, Keith is Merle Haggard with a lobotomy.

I consider myself a country music fan, but do not like most Toby Keith's music. Nonetheless, as a Jew who who grew up in an upper-middle class suburb of Washington, DC; I don't purport to be the arbiter of what country music is other than what people in the country listen to.

Toby Keith was an oil rig worker from Oklahoma before he was a singer, and his music is incredibly popular with Middle America. Neko Case and Son Volt are from Tacoma, Washington and Illinois respectively, and their fan base is people like Max Blumenthal. I haven't even heard of Dave Bryan whose fan base is probably limited to just Max Blumenthal.

Blumenthal's attitude reminds me of Robbie Fulk's song "Countrier than Thou." which describes a Boston Jew sneering that the South "is like a planet of peckerwoods and bozos," while telling people from the Country what country music is:

He loved bluegrass, oh brother, when I said Shania he sneered

You weren't raised in a shack, so you better not act all