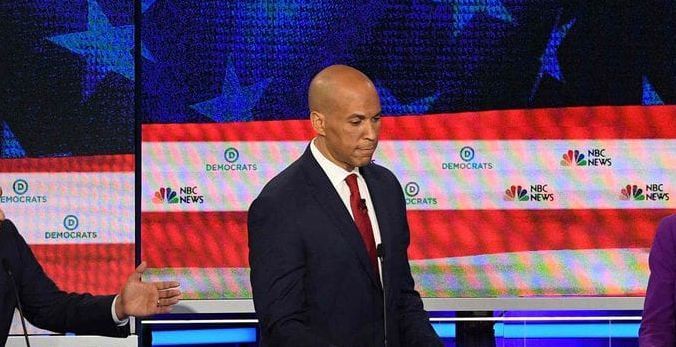 From the Candidates’ Debate:

BOOKER: It’s not enough. Look, civil rights is someplace to begin, but in the African American civil rights community, another place to focus on was to stop the lynching of African-Americans.

… and the incredibly high rates of murder right now. We don’t talk enough about how many children, about 30 percent of LGBTQ kids, who do not go to school because of fear. It’s not enough just to be on the Equality Act. I’m an original co-sponsor. We need to have a president that will fight to protect LGBTQ Americans every single day from violence in America.