On Twitter, Professor Ariel Ortiz-Beboa [Tweet him | Email him]  complains that he can't get his visa renewed, because the Trump Administration isn't printing the visas.

This is just whining, these are standard bureaucratic delays, noted by Peter Brimelow in his National Review cover story of 1992, by John Derbyshire in later National Review stories of 2001 and 2002, and very familiar to anyone who's ever sent, for example, a gun permit to ATF for approval.

Ortiz-Beboa is from the Dominican Republic, where he spent two years as "Special Assistant to the Minister" in their Ministry of the Evironment, and according to him, is on an H-1B Non-Immigrant Visa, not even a Green Card.

Why would Cornell give tenure, essentially a lifetime appointment, to a guy who they can't even be sure would be allowed in America next year? 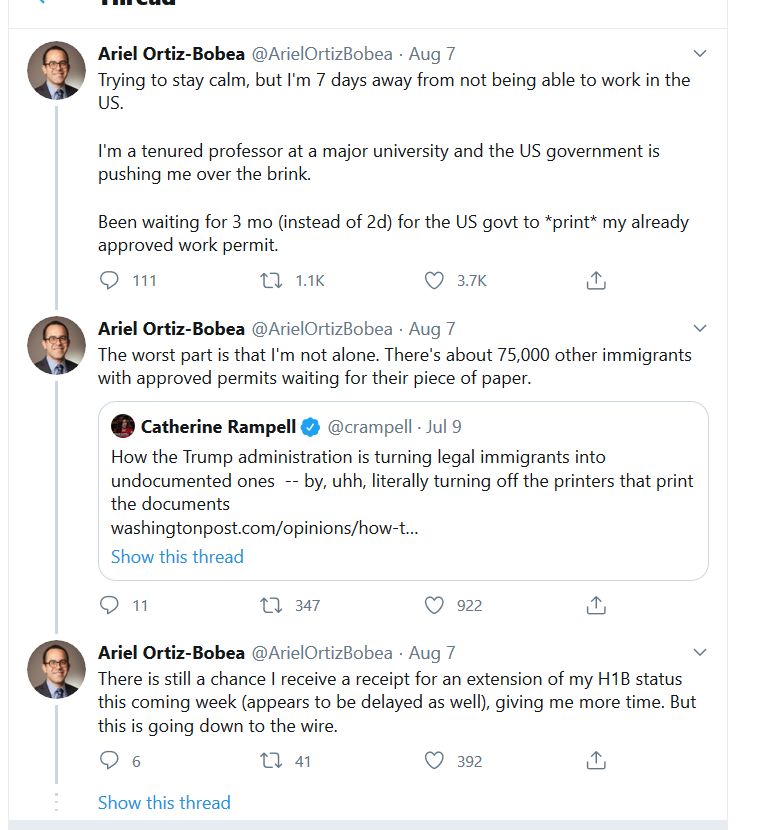