Convicted Murderer Is Released to Massachusetts Streets Rather Than Deported 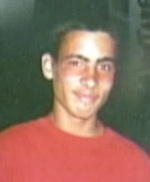 In 2000, 16-year-old Ashton Cline-McMurray (pictured) was beaten and stabbed to death by four diverse gangsters as he walked home from a football game near Boston.

One of the killers, Cambodian illegal alien Loeun Heng was sentenced in a weak 2003 plea deal to prison time to be followed by deportation, as promised to the victim’s mother. But now, the convicted killer is back on the streets of Massachusetts, free to commit more violent crimes against citizens.

The reason? A 2001 Supreme Court decision (Zadvydas v. Davis) which limits to six months the time an alien may be held if the home country refuses to accept a deported criminal.

And that’s just one case. Many violent foreign criminals have been released because of the Supremes’ ruling, although the numbers reported are all over the map:

? Since 2008, ICE says it’s been forced to release 1,748 criminal aliens because of the Supreme Court ruling, including 80 in the Boston area. [Link]

Clearly, releasing even one deportable foreign criminal is too many.

It would be easy enough to solve this problem if the State Department would announce that no more visas would be issued to countries unaccepting of their criminal deportees, but it’s hard to imagine Hilary Clinton using her diplomatic power to protect Americans.

The release of an illegal immigrant who pleaded guilty in the killing of a Revere teenager is getting national attention and leading to a call for Congressional hearings.

The response to the case exposed by FOX Undercover comes as the federal government released new data showing the how many other immigrants were released from detention because they couldn’t be deported within time standards.

That was the case with Loeun Heng , an illegal immigrant from Cambodia, who along with three others pleaded guilty to stabbing and beating to death 16-year-old Ashton Cline-McMurray in 2000.

The Suffolk County District Attorney charged Heng and three others, all believed to be gang members, with murder. But they pleaded guilty to lesser charges ranging from manslaughter to second degree murder.

Cline-McMurray’s mother, Sandra Hutchinson, agreed to the plea deal after being told, she says, that defendants in this country illegally would be deported.

“They said that they would never set foot, basically, on American soil again. In other words, they’d be like in jail until they got sent back,” she told FOX Undercover’s Mike Beaudet.

Heng’s case seemed to be headed that way when the Parole Board released Heng into the federal immigration custody last March. The U.S. Burea of Immigration and Customs Enforcement, known as ICE, planned to deport Heng to Cambodia.

But now Heng is back on the streets of Massachusetts, living in Everett, freed by the federal government.

“It’s crazy, it’s crazy. They’re just letting them back out there to do it to somebody else, thats all,” Hutchinson said.

Because of the seriousness of the crime Heng committed, the federal government was supposed to keep Heng in custody until he was sent home. But ICE says it had to release him because of a 2001 US Supreme Court ruling, Zadvydas v. Davis.

The decision says that, with few exceptions, ICE can only detain illegal immigrants for six months while trying to get their home countries to agree to take them back.

But Heng is just one example of ICE releasing criminal aliens who are supposed to be detained until they’re deported. Since 2008, ICE says it’s been forced to release 1,748 criminal aliens because of the Supreme Court ruling, including 80 in the Boston area.

“It doesn’t make any sense. That’s such a large number that we need to be concerned about the impact on public safety,” said Jessica Vaughan with the Center for Immigration Studies.

Those released from ICE custody sometimes have to check in with ICE officials, but they also get a valued work permit, Vaughan said.

“These are truly the worst of the worst individuals who are in deportation proceedings. And these are the ones who essentially get off the hook, with a work permit, a driver’s licenses and freedom in the United States just because their country won’t take them back,” Vaughan added.

The issue is now getting the attention of Congress. House Judiciary Committee chairman Lamar Smith tells FOX Undercover, “It is outrageous that thousands of dangerous criminal aliens have been released to our streets.

Criminal aliens should be detained and deported-period. Over the coming months, the House Judiciary Committee will hold hearings to close loopholes in our laws that facilitate this dangerous problem. There is no excuse for placing American lives at risk.”

That’s welcome news to Vaughan, especially given the numbers showing the scope of the problem.

“We’ve gotten to the point where it’s time for the federal government to take other action to convince these countries they need to cooperate with us,” she said.

That could come by way of the State Department pressuring countries to cooperate and take their citizens back, such as refusing to issue certain types of visas. Congress could also change the law so ICE can hold criminal aliens believed to be a threat to public safety.

The State Department declined to comment. A spokesman for the Suffolk County DA’s office says prosecutors never promised someone would be deported because that’s a decision that’s made by federal officials.