On May 12, 2018, University of Virginia political-science Professor Gerard Alexander had an op-ed in The New York Times that was a warning to liberals: Liberals, You’re Not as Smart as You Think.

I know many liberals, and two of them really are my best friends. Liberals make good movies and television shows. Their idealism has been an inspiration for me and many others. Many liberals are very smart. But they are not as smart, or as persuasive, as they think. 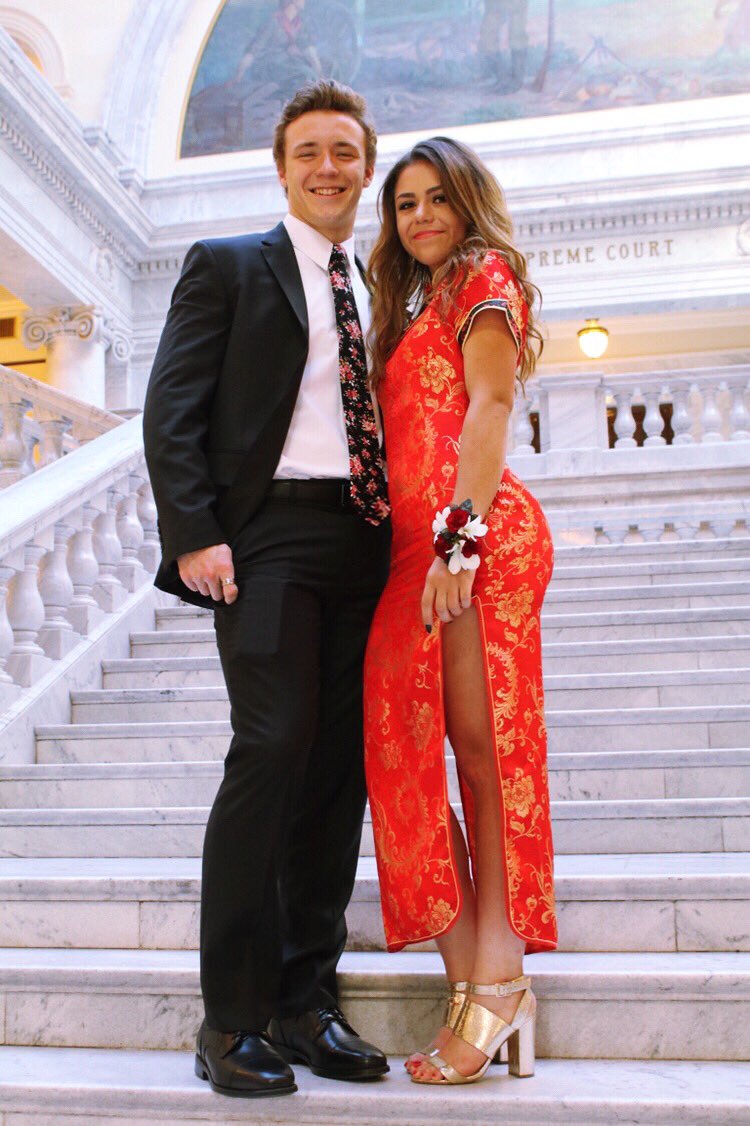 That might suggest that Alexander doesn't consider himself a liberal, in which case a later paragraph hints that he's fooling himself:

Within just a few years, many liberals went from starting to talk about microaggressions to suggesting that it is racist even to question whether microaggressions are that important. “Gender identity disorder” was considered a form of mental illness until recently, but today anyone hesitant about transgender women using the ladies’ room is labeled a bigot. Liberals denounce “cultural appropriation” without, in many cases, doing the work of persuading people that there is anything wrong with, say, a teenager not of Chinese descent wearing a Chinese-style dress to prom or eating at a burrito cart run by two non-Latino women.

We can guess from the part I've boldfaced that Professor Alexander actually did think there was a "cultural appropriation" problem with the Utah girl's prom dress and with the Portland women's burrito-making enterprise.

Overall, though, the article seems coolly argued and sensible—perhaps worth passing on to any imperious liberals (and even leftists) of your acquaintance.

The article attracted 1,738 online comments, but I only looked at the 20 that were rated as "NYT Picks."  The editors' criteria for bestowing their "picks" aren't revealed, but it's not surprising—given the Times's readership—that a typical one missed Alexander's central point as follows:

One of the most extraordinary things about US politics today is that Trump has set new standards for vileness and insolence in both his conduct and speech, and wins admiration for it from his base. But when Hillary Clinton, in an unguarded moment, accurately described half of Trump's voters as deplorable, she was condemned as an out of touch elitist.

That conclusory statement was actually contributed by one Bob Chisholm from Canterbury, UK, indicating that liberal haughtiness marks a trans-Atlantic fraternity.

But—amazingly—one of the 20 Times picks suggests that some mole who was cognizant of The National Question had infiltrated the Times's offices back in May 2018.  Writing from California, commenter "mlbex" opened with

This [passage from the Alexander article] landed close to home:

"Racist is pretty much the most damning label that can be slapped on anyone in America today, which means it should be applied firmly and carefully. "

Then "mlbex" got down to business:

I don't care what color someone's skin is, but I believe in Western civilization, especially the modern version that is trying to be fair to everyone. But I'm afraid it is sowing the seeds of its own destruction. We supported and implemented zero population growth, but our competition did not. I'm afraid that in a generation or two, the entire world will resemble the third world, and whites will become a persecuted minority.

Here's the hard part. I don't want that to happen, but anything that I might advocate to prevent it is construed as racism. I've tried to square this circle intellectually, and I can't do it. The rhetoric of Western liberalism does not give you a way out. If your neighbors become more numerous than you, they can take over, and then it's up to them whether you have equal rights, or not.

As evidence, I offer Sarajevo, where the Bosnians replaced the Serbs, Israel, which can be a Jewish state or a democracy, but not both, and California, where many Hispanics support an idea called "reconquista".

If you believe in Western European-style democracy, and in preventing overpopulation, there is no safe intellectual ground.

To repeat: Someone with at least a bit of editorial control at The New York Times highlighted a comment that expressed concerns about inter-ethnic hostility (whites as a "persecuted minority"!!!), overpopulation, and even reconquista by Hispanics.

And the editorial staff's mole apparently struck twice.  Another notable comment that surfaced, amid the dross of the other "NYT Picks," was this one from "JohnB" of Staten Island, New York:

Mr. Alexander makes some very good points, but I think they are going to be lost on many of his readers. That's because for many on the Left, progressivism functions psychologically as a replacement for traditional religion, and this new religion is every bit as puritanical and intolerant as any of the old religions it has replaced.

Just like the old Puritanism, the new religion believes in Satan and hunts him under every bed. Instead of "Satan," the new devil goes by the name of "Bigotry." But he's still everywhere! For believers, if any aspect of our society CAN be explained in terms of bigotry, then it MUST be explained in terms of bigotry. Racists are the new witches. Rather than examining bodies for incriminating marks of the devil, words are scrutinized for any hint of incorrect thinking that might reveal the darkness within. And if you have any reservations about any of this, well, maybe you're a witch too!

Good luck getting such people to acknowledge the possibility that they might be wrong about anything!

The Times is often referred to as "The Gray Lady."  During the Trump era—and really, for at least a decade prior—"The Gray Slut" seems more appropriate.  But those two NYT Picks amid the comments for the Alexander op-ed suggest that there are some vestigial pressures for decency at that bastion of "provincial cosmopolitanism."