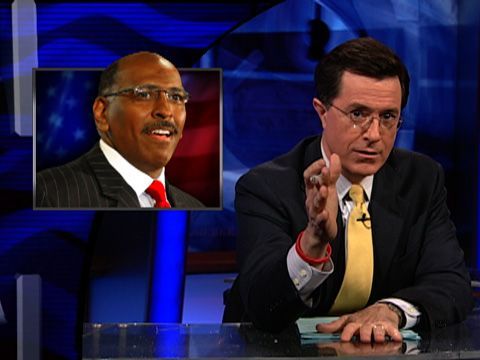 Other issues have seemed more important recently than the gerrymandered election of Michael Steele to be Chairman of the Republican National Committee: but this fiasco is developing on schedule.

Michael Steele may actually in fact be the first person in history to fall for Erik the Red's scheme [of mis-naming Greenland to disguise its barrenness].

Steele was also the inspiration of a brilliant satire by Steve Colbert featuring the two in a Rap competition.

Steele's appearance was a collage of clips of actual appearences. Colbert's own performance was virtuoso.

A Conservative leader like me, trying to appeal to a hip-hop audience? That's insane!