Coalition of Fringes Unraveling in Missouri

Missouri has a white Democratic governor, Jay Nixon. But the national Democrats’ decision to pound the Ferguson drum so hard after The Narrative crashed and burned on August 15th may mean that the days of white Democrats in Missouri are dwindling. From the Kansas City Star: 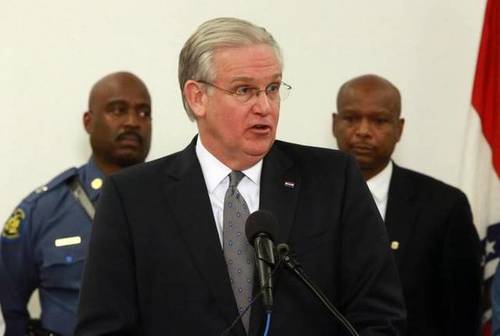 … “Democrats … are concerned about losing the support of African-American voters in relatively important numbers for a relatively long period of time,” said Dave Robertson, a political scientist at the University of Missouri-St. Louis.

Here in western Missouri, we get that Ferguson is a big deal. What we may not fully grasp is just how all-encompassing this controversy is in the St. Louis area, which happens to be the most valuable Democratic Party turf in the state.

The fear, most specifically, is what happens if more violence erupts in such a way as to leave lasting scars in that part of the state. Will Democrats, and African-Americans specifically, take a look at Nixon and his party, who rule much of the St. Louis area, and question their continued allegiance?

Subtract just a portion of Democratic support from St. Louis County, home to Ferguson and the greatest number of Democratic votes in the state, and the party’s ability to win statewide starts sinking.

Democratic leaders are consumed with all things Ferguson, even as critics continue to ride Nixon for what they describe as a slow, dithering response that hasn’t connected with residents there.

This week, for instance, Democratic Sen. Claire McCaskill told reporters that she had a “full and complete discussion” about Ferguson with President Barack Obama.

There wasn’t a Senate or Governor election in Missouri in 2014, but the House delegation elected is six Republicans and two Democrats (blacks St. Louis and Kansas City). From St. Louis Public Radio:

Missouri Democrats took a beating on Tuesday in contests for the Missouri General Assembly, losing even more ground in the Missouri House and Senate — including a hotly-contested race for a vacant Jefferson County Senate seat. …

Going into the election, the Republicans already controlled the state legislature. Now they have strengthened that dominance. When the 34-member state Senate reconvenes in 2015, it now will have 25 Republican members — two more than needed to override Gov. Jay Nixon’s veto. In the 163-member House, the Republican majority will be adding seven members for a total of 117.