The Friday night broadcast of CNN Tonight with Don Lemon descended into uncontrolled mockery of the historic American nation. This one-minute clip is, unintentionally, terrific free advertisement for the Trump campaign.

NeverTrumper and failed political consultant Rick Wilson joked that Trump could not find Ukraine on a map.

Host Don Lemon and fellow guest Wajahat Ali, a Muslim leftist, both began cackling over the lame joke. As Lemon sank into uncontrollable laughter, Ali and Wilson bantered back and forth about how Trump voters are illiterate and hate knowledge. [CNN Don Lemon panel faces intense backlash for mocking Trump supporters as illiterate 'credulous rubes', by Joseph A. Wulfsohn, Fox News, January 27, 2020]

It was a cringe, but telling segment to say the least.

The arrogance, the dismissiveness, the smug cackling, the accents.

If Donald Trump wins re-election this year, I’ll remember this brief CNN segment late one Saturday night in January as the perfect encapsulation for why it happened. pic.twitter.com/8kQ6zN9AZV

Trump and conservatives rightly attacked the segment and made the video go viral. 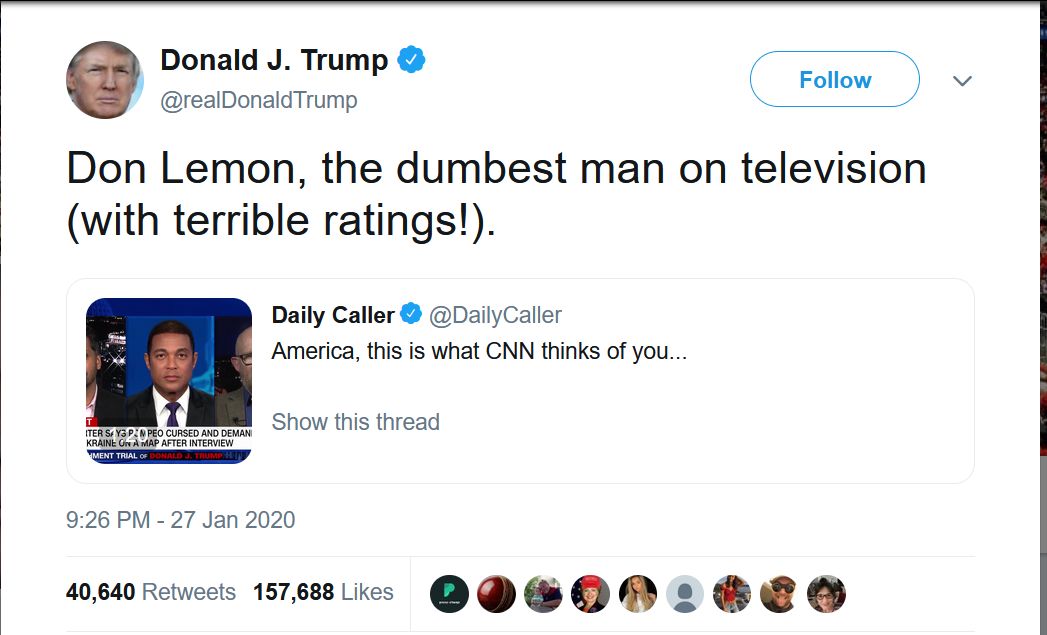 Deplorables. This Deplorable is ready. 💪 https://t.co/r61DGsbWFM

Even sanctimonious liberals like Soledad O’Brien found the segment was embarrassing.

I think this segment was not worthy of being on a newscast. https://t.co/Xky8vatPdc

The Trump campaign knows this segment will get out their base and confirm elite hatred for Middle America. Trump won in 2016 by saying the elites hate Middle America, he can win again with the same message.